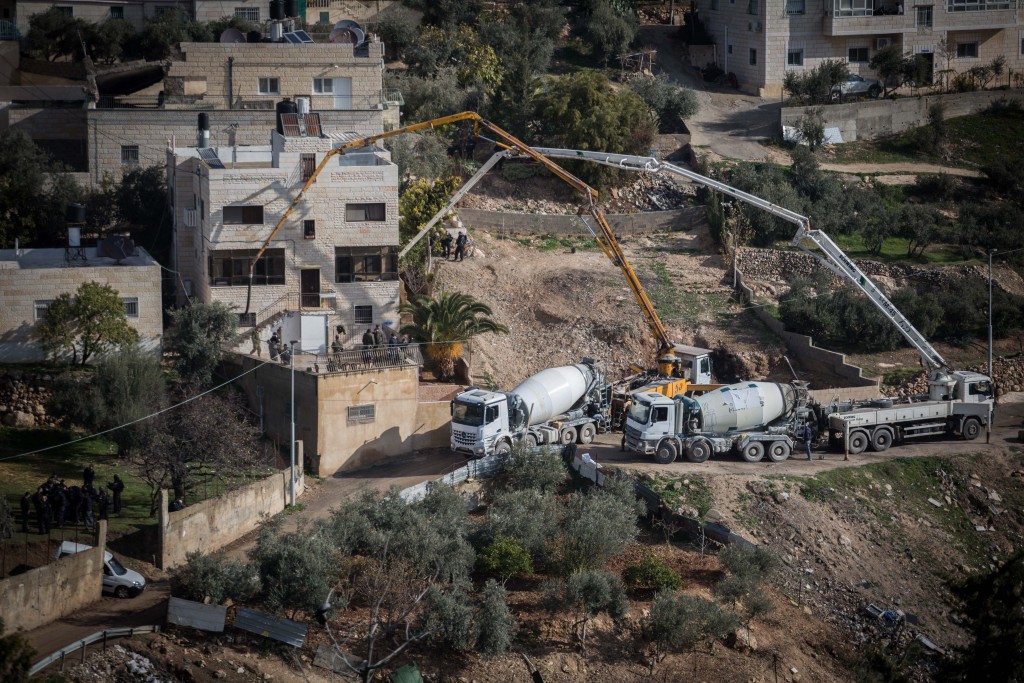 Israeli authorities continued the policy of demolishing the homes of terrorists on Monday, as two houses in eastern Yerushalayim were permanently sealed.

Security forces poured concrete into the homes of two Palestinians who perpetrated murderous attacks last October 13 in Yerushalayim. The houses were not razed, so as not to weaken adjacent structures.

One house belonged to Baha’a Aliyan, from the Jabel Mukaber neighborhood, who shot and killed Richard Lakin on a bus in the nearby Armon Hanatziv section. Haim Haviv, 78, and Alon Govberg, 51, were also killed in the attack. H”yd. Several other passengers were seriously wounded.

On the same day, October 13, in a separate incident, the other terrorist, Ala’a Abu Jamal, rammed his vehicle into a group of people waiting at a bus stop in Yerushalayim’s Geula neighborhood. He then charged out of his car brandishing a meat cleaver and began attacking the wounded and others.

Rabbi Yeshayahu Krishevsky, Hy”d, 60, was killed, apparently both from the vehicular attack and the axe wounds, while two other people were seriously injured.

The terrorist was shot and killed by police officers who arrived swiftly at the scene.