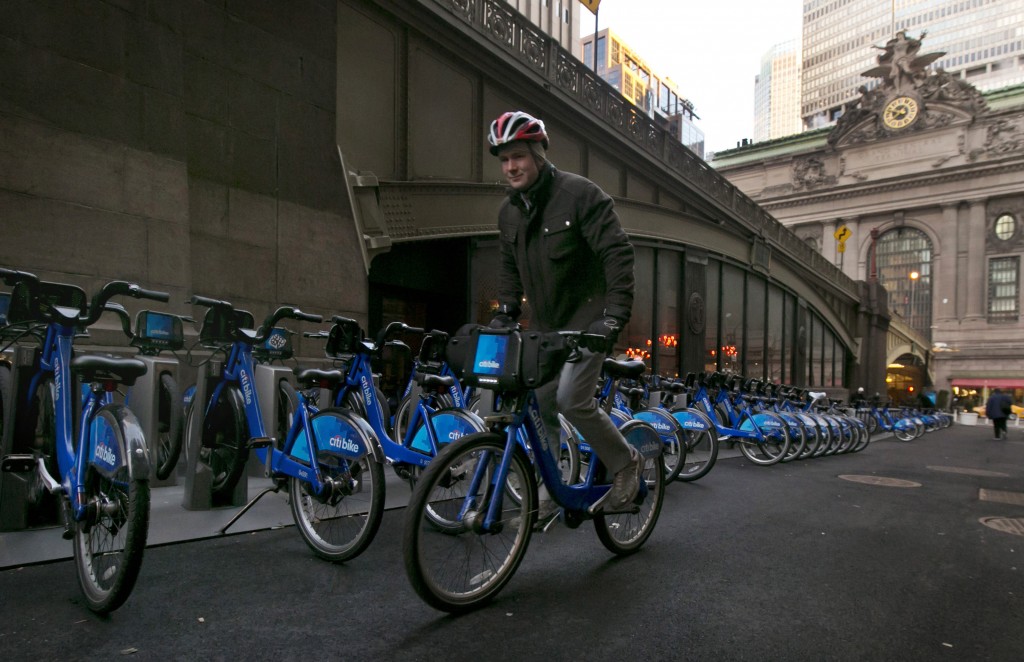 Officials said the milestone trip was taken at 1:08 p.m. on Thursday, Dec. 31. Ridership this year increased 24 percent over 2014.

The program, known as Citi Bike, has the highest ridership of any bike-share program in the nation. Its ridership is on par with London and Mexico City.

Officials said there were seven days in 2015 when there were more than 50,000 trips, including two during Pope Francis’s visit in September.