World FOCUS: Who Was the Cleric Saudis Executed, and Why his Death Matters
World 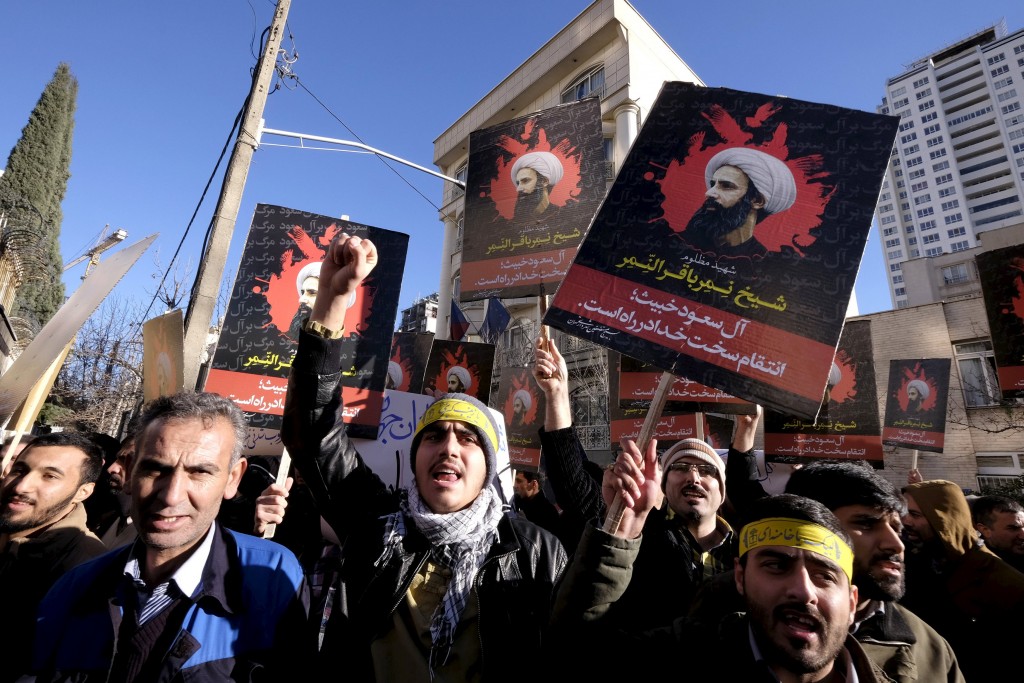 The execution of Nimr al-Nimr triggered international condemnation, with the harshest reaction coming from regional adversary Iran, where hardliners stormed the Saudi embassy in Tehran and set the building on fire. Saudi authorities said the execution was a judicial matter.

The incident is the latest crisis to rock ties between Iran and Saudi Arabia, two powers vying for everything from political influence to oil market share. The OPEC members are currently engaged in a proxy confrontation in conflicts from Syria to Yemen.

Here’s an overview of the actors in this confrontation and what may happen next.

Q: Who was Nimr al-Nimr?

A: Nimr al-Nimr, 57, a Shiite cleric from Saudi’s oil-rich Eastern Province, was a well-known figure at anti-government demonstrations, who criticized Saudi rulers in some of his sermons for their treatment of the kingdom’s Shiite minority.

In 2009, he threatened to lead Saudi Arabia’s Shiite Muslims to secession, provoking a government crackdown in the minority’s eastern heartland. In his sermons, al-Nimr was critical of Sunni and Shiite autocratic rulers alike, though he reserved some of his most scathing attacks for the Saudi and Bahraini royal families.

In a meeting with U.S. diplomats in 2008, al-Nimr sought to distance himself from Tehran, according to a cable released by WikiLeaks. Iran, like other countries, acts out of self- interest, and Saudi Shiites shouldn’t expect Iranian support based on sectarian unity, he said. The report describes him as a “second-tier political player” in the Eastern Province.

He was arrested in 2012, a year after popular uprisings swept parts of the Middle East, and sentenced to death in 2014.

Q: Why does his execution matter?

A: While Sunni-majority Saudi Arabia largely escaped the unrest that spread across the Arab world in 2011, the country’s Shiites, who say they suffer discrimination, have occasionally protested and clashed with security forces. Most Saudi Shiites live near some of the world’s largest oil fields in the eastern region, and according to the CIA World Factbook, make up between 10 percent and 15 percent of Saudi Arabia’s population.

The execution “institutionalizes tension in Saudi Arabia by creating a symbol for Shiite grievances,” Ibrahim Fraihat, senior foreign policy fellow at the Brookings Doha Center, said in an interview. “Not many people in the past saw him as the representative of the Shiite community, but now he has become one of the symbols of the tension between Shiites and Sunnis.”

In 2015, Islamic State militants took advantage of the Saudi sectarian fault lines and struck Shiite mosques in the Eastern Province.

Shiites are a majority in neighboring Bahrain, a small island that’s home to the U.S. Fifth Fleet. Bahraini authorities regularly accuse Iran of supporting extremist Shiite groups, a charge the Islamic Republic denies. Hours after al-Nimr’s death, scores of his supporters there took to the streets in protest, Agence France-Presse reported.

Q: Why carry out the execution given regional tensions?

A” Given the complex dynamics in the region in Yemen, Syria and Iraq, al-Nimr’s execution was an illustration of Saudi Arabia’s ‘get tough’ policy against Iran and internal dissent,” said Scott Lucas, an Iran analyst and professor of international politics at Birmingham University in Britain.

“The Saudis deliberately crossed the line by executing him, and to add insult to injury, they used the rhetoric that lumps him in with al-Qaida terrorists,” he said.

Q: How did Iran react?

A: Iranian protesters armed with rocks and firebombs massed outside the Saudi embassy in Tehran late Saturday and set parts of the building on fire. A small group stormed the premises, ransacking offices, and several were arrested, Tehran police chief Hossein Sajedinia told the state-run Islamic Students’ News Agency.

Iranian President Hassan Rouhani, meanwhile, suggested he didn’t seek to escalate the confrontation. While he denounced the execution, he condemned the attack on the Saudi embassy as unjustifiable.

This incident might “spiral quickly into domestic fight” in Iran between hardline and more moderate factions close to Rouhani, Lucas said.

Q: Will tensions between Iran and Saudi escalate further?

A: “The ball is in the Iranian court. If we see any signal of asymmetrical warfare from the Iranians, any escalation in Iranian support for Houthis in Yemen, anything that appears to be a step-up of Hezbollah activity, which appears to be targeting Saudi in any way…,” Lucas said. “But I don’t think it’s going to happen.”

At least one commentator, London-based Lebanese political satirist Karl Sharro, looks for tensions to simmer, not boil over, for now. Saudi Arabia and Iran are “like two guys in a bar shouting at each other for a long time, but not quite ready to take it outside just yet,” he tweeted on Sunday.