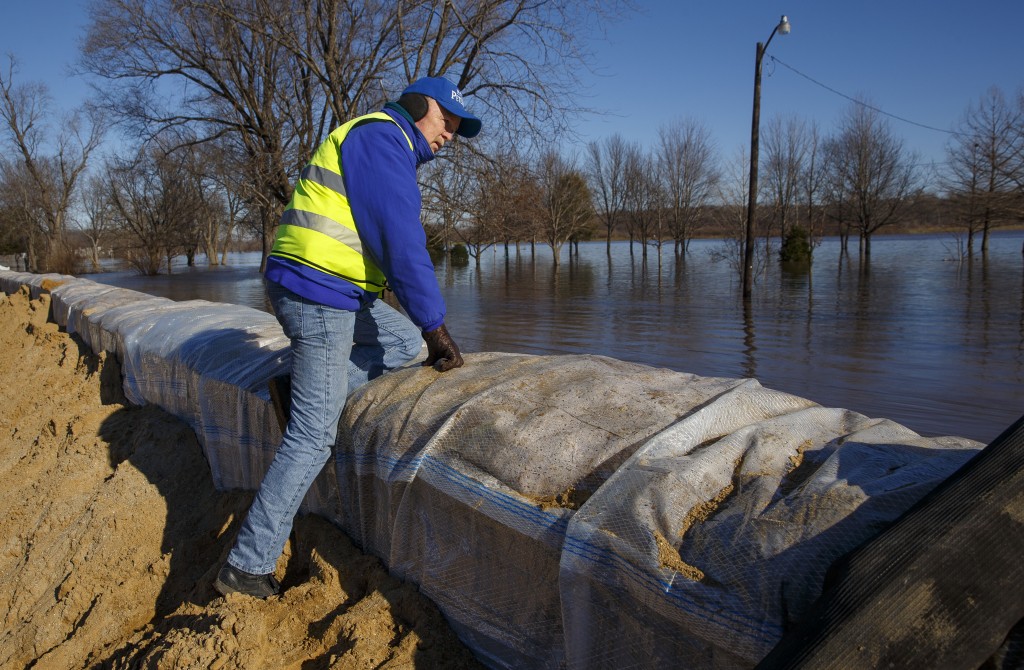 As the Mississippi River and its tributaries retreated from historic winter levels that flooded towns, forced evacuations and killed two dozen people, residents in the St. Louis area were facing a massive cleanup and recovery effort that will likely last weeks.

The flood, fueled by more than 10 inches of rain over a three-day period that began last weekend, is blamed for 24 deaths in Illinois and Missouri.

Water from the Mississippi, Meramec and Missouri rivers largely began receding Friday in the St. Louis area. Two major highways — Interstate 44 and Interstate 55 — reopened south of St. Louis on Friday and some evacuees were also allowed to return home.

While residents took stock of the ruin, President Barack Obama on Saturday signed a federal emergency declaration for Missouri that allows federal aid to be used to help state and local response efforts. It also allows the Federal Emergency Management Agency to coordinate disaster relief efforts. Missouri Governor Jay Nixon had asked for the help.

In Missouri, Noelle Pace said she packed up electronics, some furniture and her 4-year-old son’s clothing and toys and left Pacific on Dec. 28, the day after she received a request to evacuate. She felt lucky to find the damage isolated to her crawl space when she returned for the first time Thursday.

“Everybody around us had catastrophic damage,” Pace said. She said she might not be able to move back for weeks while her landlord replaces soaked insulation.

“It doesn’t feel real yet,” she said.

“This is life-threatening,” he told reporters at Carlyle Lake in Clinton County in southern Illinois. “It’s not just the water; it’s the temperature. Hypothermia is a big risk to people’s lives.”

The main culprit in the St. Louis region was the Meramec River, a relatively small Mississippi tributary that bombarded communities in the far southwestern reaches of the St. Louis suburbs during the week. Two wastewater treatment plants were so damaged by the floodwaters that raw sewage spewed into the river. Hundreds of people were evacuated in the Missouri communities of Pacific, Eureka, Valley Park and Arnold, where many homes took in water.

William Reynolds said he moved at least $50,000 worth of inventory from his Valley Park store to the second story of his nearby home when the area was evacuated. He was still unpacking Saturday after the evacuation was lifted.

While the worst of the dangerous, deadly winter flood was over in the St. Louis area, the water was slowly making its way south.

In southeast Missouri, the Mississippi crested overnight Friday but not before damaging about two dozen homes in Cape Girardeau, a community of nearly 40,000 residents that is mostly protected by a flood wall.

“What we’d like people to know is that in Cape Girardeau there have been so many precautions in place that even given the magnitude of this event it’s really gone remarkably well for us,” Molly Hood, Cape Girardeau’s deputy city manager, said Saturday.

Elsewhere, the Illinois River continued to rise Saturday and could near historic crests Tuesday or Wednesday, according to Thomas Spriggs, meteorologist with the National Weather Service in St. Louis.

“It’s still a very significant flood,” Spriggs said. “It’s going to be at major flood stage for the next three days.”

Parts of the South were also in the flood’s path.

Moderate Mississippi River flooding is expected in Memphis. Dale Lane, director of the Shelby County Office of Preparedness, said high water from the river and its tributaries was approaching some homes on Mud Island, just south of downtown Memphis.

The National Weather Service issued a flood advisory for the Cumberland River at Dover, Tennessee, through Monday evening.

Minor flooding along the Ohio River was affecting the Kentucky cities of Owensboro and Paducah, and the crest wasn’t expected until Thursday.