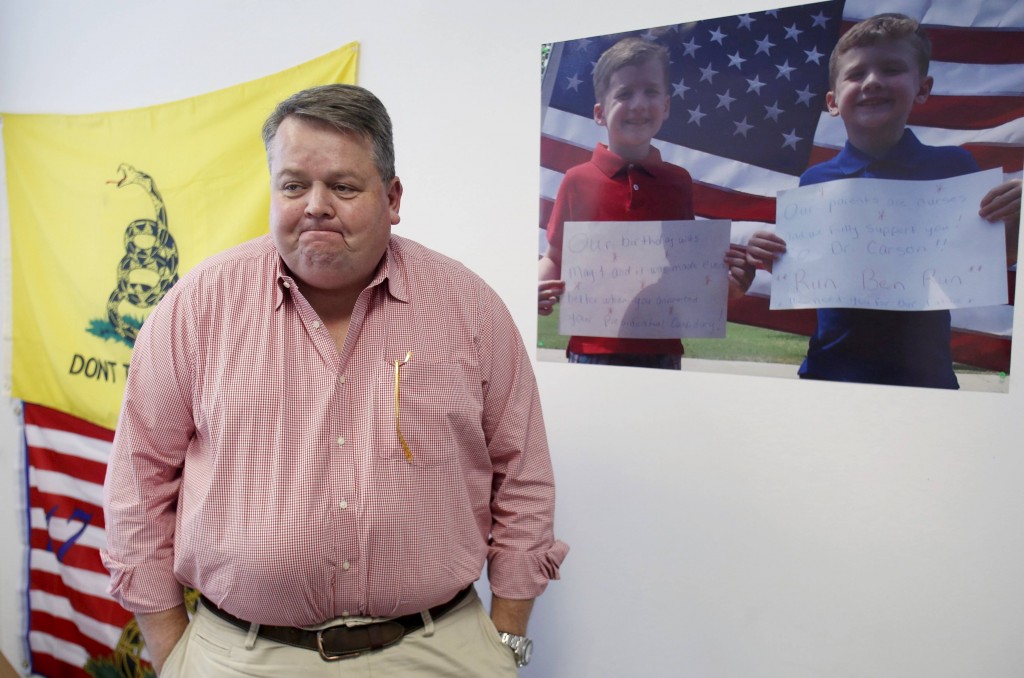 The campaign manager of U.S. Republican Ben Carson’s 2016 presidential run and other aides resigned on Thursday in a dispute over the direction of Carson’s foundering campaign only a month before the nomination process begins in earnest.

Barry Bennett, who oversaw Carson’s rapid rise to the top tier of Republican contenders and his equally precipitous fall, said he quit over differences with another top adviser to Carson, Armstrong Williams.

Things had “boiled over” with Williams, Bennett told Reuters, blaming him for a spate of negative press coverage Carson had received in recent weeks.

“For the past seven weeks, I’ve been doing nothing but putting out Armstrong Williams-started fires,” Bennett said.

Carson’s communications director, Doug Watts also resigned due to differences with Williams, Bennett said. Some 20 staff in total left, he said. Among them was deputy campaign manager Lisa Coen.

Carson’s numbers in opinion polls have dropped ahead of the first contest – in the state of Iowa on Feb. 1 – for the Republican nomination in the Nov. 8 election.

He now places fourth in many national opinion polls after surging into the second slot behind the front-runner, real estate mogul Donald Trump, in the autumn.

Specifically, Bennett blamed Williams for an interview Carson gave last week to The Washington Post suggesting that the campaign was in disarray. “It’s one of the stupidest things I’ve ever seen a candidate do,” Bennett said.

He also charged Williams was behind a story in The New York Times that suggested Carson was out of his depth on foreign policy.

Williams, a political commentator who holds no official role with the campaign, said he was “shocked” by Bennett’s criticism. “They’re giving me a lot more credit than I deserve,” he told Reuters.

He suggested Bennett and Watts left the campaign rather than be fired. “Right now, they’re upset and they need a scapegoat, and I’m the scapegoat,” Williams said.

The shake-up comes as Carson tries to salvage his bid with Iowa’s caucuses just a month away.

Craig Robinson, former political director for Iowa’s Republican Party, said Carson’s lack of visibility in Iowa damaged him even though he had the chance to capitalize on his much-touted status as a political outsider.

“All along, I’ve never really thought this was a serious presidential campaign in that it is actually operating and doing things to get elected,” Robinson said.

In spite of the poll numbers, Carson’s campaign on Wednesday announced a fourth-quarter fundraising haul of about $23 million, and Bennett said Carson remained in a strong position.

“He’s got millions of dollars on hand,” Bennett said. “He should be able to do something with that.”

Carson’s campaign announced that Bob Dees, a retired Army major general, would be the campaign chairman while Ed Brookover, formerly a senior strategist, would serve as campaign manager.