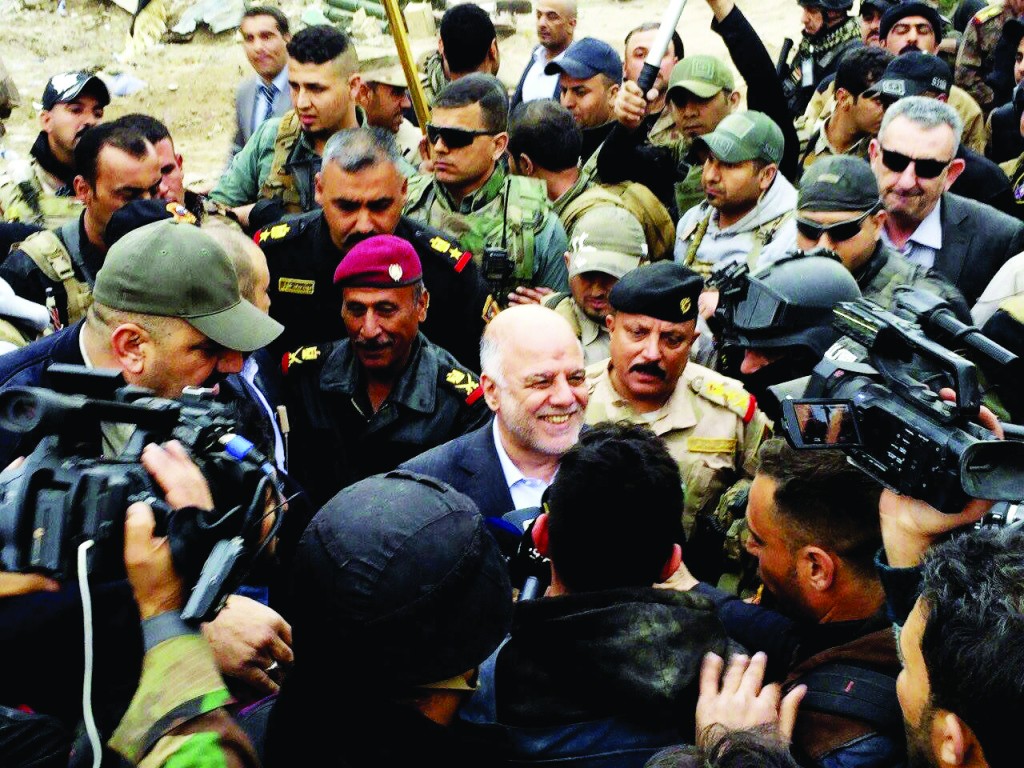 A triumphant Iraqi prime minister on Tuesday toured the western city of Ramadi, just a day after government troops routed Islamic State terrorists from the area and recaptured a key government complex.

Iraqi state media reported that Haider al-Abadi was in Ramadi, but offered no further details. But an Iraqi military commander, Brig. Gen. Ahmed al-Belawi, told The Associated Press that the prime minister kicked off the visit by meeting security and provincial officials for the latest updates.

Meanwhile, across the city, military engineering teams were clearing bombs from the streets and nearby buildings, al-Belawi said, even as sporadic clashes were underway in outlying parts of the city.

Ramadi, the Anbar provincial capital, fell to IS in May, marking a major setback for Iraqi forces and the U.S.-led campaign. The Baghdad government was quick to announce a counter-offensive to retake the city, but attempts repeatedly stalled.

Then, in November, al-Abadi’s forces announced a major push to recapture Ramadi, warning residents to leave and advancing quickly across the Euphrates River.

Their progress was subsequently slowed by heavy IS resistance, booby-trapped buildings and sniper fire. The terrorists blew up all bridges leading into the city center.

On Monday, Iraqi forces, backed by U.S.-led airstrikes, drove IS terrorists out of the city center and raised the Iraqi flag over the government complex.

As significant – and symbolic – as the action was, Iraqi military officials said Islamic State fighters were still holed up in various pockets of the city.

Ramadi, located about 80 miles west of Baghdad, and nearby Fallujah, which lies half-way on the road to Baghdad and remains under IS control, saw some of the heaviest fighting of the eight-year U.S. intervention in Iraq.

IS still controls much of northern and western Iraq, as well as vast swaths of neighboring Syria. It has declared a caliphate in the areas under its control and imposed a harsh and violent interpretation of Islamic law.