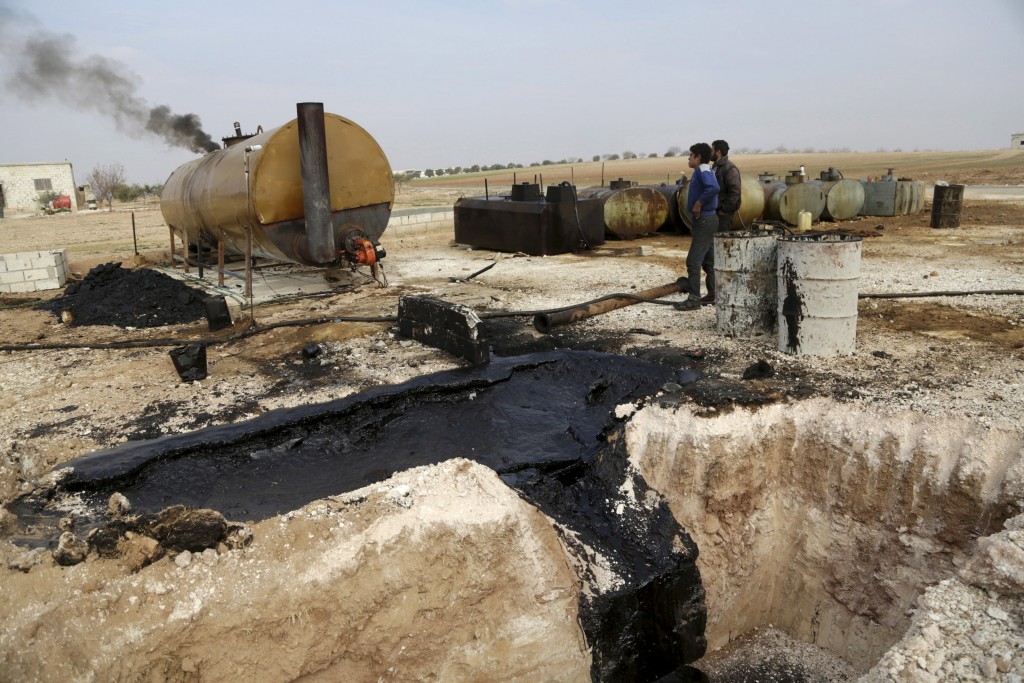 Islamic State has set up departments to handle “war spoils,” including slaves, and the exploitation of natural resources such as oil, creating the trappings of government that enable it to manage large swathes of Syria and Iraq and other areas.

The hierarchical bureaucracy, including petty rivalries between officials, and legal codes in the form of religious fatwas, are detailed in a cache of documents seized by U.S. Special Operations Forces in a May raid in Syria that killed top IS financial official Abu Sayyaf. Reuters has reviewed some of the documents.

U.S. officials say the documents have helped deepen their understanding of a terrorist group whose skill in controlling the territory it has seized has surprised many. They provide insight into how a once small terrorist group has developed a complex bureaucracy to manage revenue streams – from pillaged oil to stolen antiquities – and oversee subjugated populations.

“This really kind of brings it out. The level of bureaucratization, organization, the diwans, the committees,” Brett McGurk, President Barack Obama’s special envoy for the anti-IS coalition, told Reuters.

For example, one diwan, roughly equivalent to a government ministry, handles natural resources, including the exploitation of antiquities from ancient empires. Another processes “war spoils,” including slaves.

“Islamic State is invested in the statehood and Caliphate image, more so than any other jihadist enterprise. So a formal organization, besides being practical when you control so much contiguous territory and major cities, also reinforces the statehood image,” said Aymenn al-Tamimi, a fellow at the Middle East Forum think tank and an expert on IS’s structure.

The documents also show how “meticulous and data-oriented” IS is in managing the oil and gas sector, although it is not a sophisticated operation, said Amos Hochstein, the State Department’s top official for energy affairs.

U.S. officials said the documents have helped the anti-IS coalition to pinpoint vulnerabilities. The United States and its allies have been using air strikes to degrade the group’s oil infrastructure and target key officials.

The documents show that Islamic State is not immune to the rivalries and personality clashes that typify bureaucracies everywhere. A Nov. 21, 2014 letter from the “Diwan of Natural Resources” emphasizes that Abu Sayyaf is in charge of handling antiquities.

“The reason being is that he is very knowledgeable in this field and that Abu Jihad al-Tunisi is a simpleton who can’t manage the division,” it says.

Reuters could not independently verify the authenticity of the documents it obtained, which represent a fraction of the material seized in the Syria raid. U.S. forces captured a huge amount of data in the form of computer hard drives, thumb drives, CDs, DVDs and papers.

Many of the seized documents are fatwas, or religious rulings, covering issues from the treatment of slaves with minor children to when it is permissible for a son to steal from his father to fund travel to fight jihad, or holy war.

Reuters reported last week on a previously undisclosed ruling by the Islamic State’s Research and Fatwa Committee that sanctions the harvesting of human organs. The fatwa raises concerns that the violent extremist group may be trafficking in body parts.

Middle East Forum’s Tamimi said the fatwas are intended to bolster Islamic State’s claim that it is a legitimate state.

The rules not only apply to captured territory in Iraq and Syria, but also its self-declared provinces in Africa, the Sinai and South Asia.