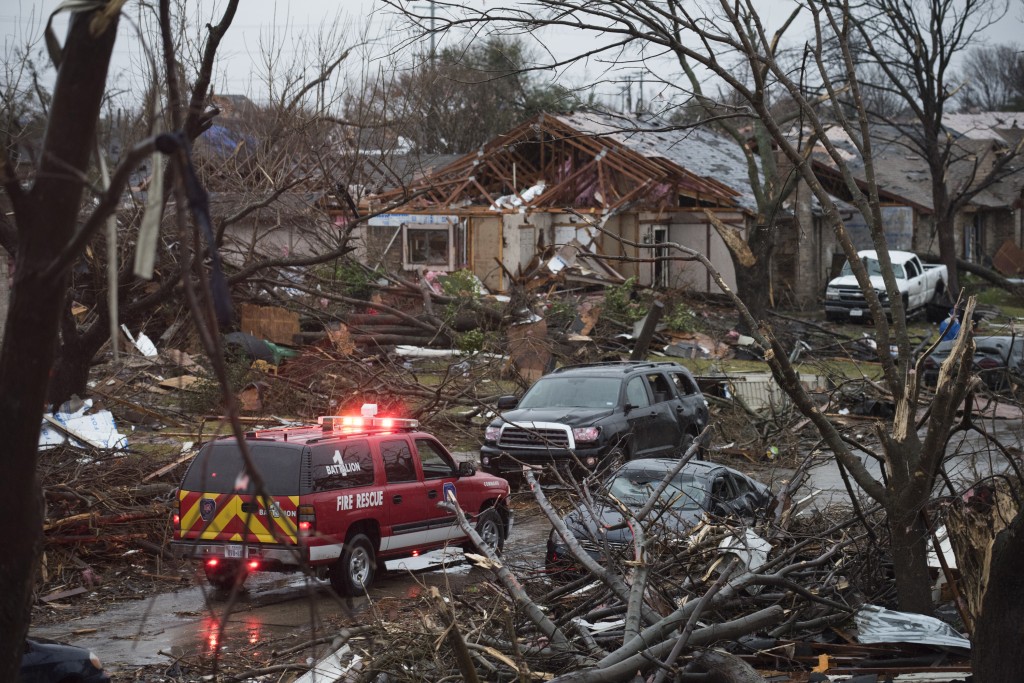 Garland, Texas, Mayor Douglas Athas said on his social-media page that search teams are still looking through the rubble left by an EF-4 tornado.

He said Sunday that teams would work until they check every building and car. Utility crews were also working to restore power, and about 40 people remained in an emergency shelter.

Athas said he was proud of the city’s “preparedness” and its emergency personnel, and he thanked everyone who’d offered to volunteer and donate.

Officials have said 11 people died in the tornado in Garland, a large suburb of Dallas, and 15 people were injured.

Texas Gov. Greg Abbott warned that the number of victims from a deadly outbreak of storms and tornadoes in the Dallas area could still rise.

Abbott declared disasters in Dallas, Collin, Rockwall and Ellis counties and warned that roads across Texas remain in “perilous” condition because of plunging temperatures and continuing rainfall.