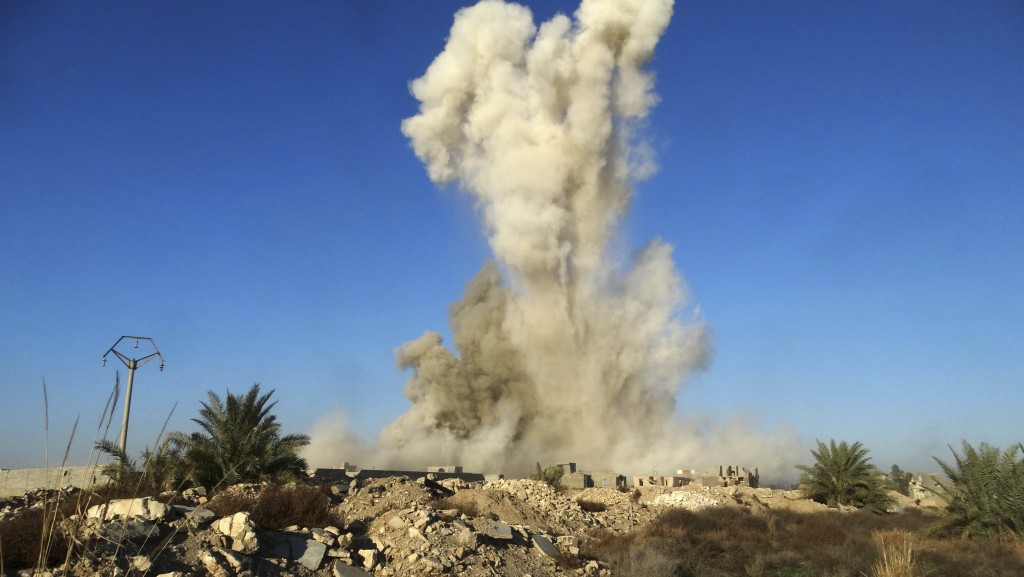 Iraqi troops were getting ready on Sunday to make a final push to take the remaining district held by Islamic State in the city of Ramadi, army spokesmen said.

Recapturing Ramadi, which fell to the terrorists in May, would be one of the most significant victories for Iraq’s armed forces since Islamic State swept across a third of the country in 2014.

The soldiers are within 300 meters (330 yards) of the provincial government compound, the target of the attack they launched on Tuesday, according to Sabah al-Numani, a spokesman for the counter-terrorism force that is leading the fight on the government side. “We expect to reach the compound in the next 24 hours,” he told Reuters. “Booby trapped houses and roadside bombs are all over the streets, they have to be cleared; air surveillance is helping detect car bombs and suicide bombers before they get to us.”

If the offensive in Ramadi succeeds, it will be the second main city to be retaken by the Iraqi government after Tikrit, in April. Officials said it would be handed over to the local police and to a Sunni tribal force once secured.

Ramadi was Islamic State’s biggest prize of 2015, abandoned by government forces in May in a major setback for Baghdad and for its troops that were trained by the United States after the overthrow of Saddam Hussein in 2003.

The Iraqi government forces are currently backed by air support from an international coalition led by the United States.

Shi’ite militias backed by Iran, which have played a major role in other offensives against Islamic State, have been kept away from the Ramadi battlefield by the Iraqi government to avoid sectarian tensions.

After Ramadi, the army plans to move to retake the northern city of Mosul, the biggest population center under Islamic State control in Iraq and Syria.

Dislodging the terrorists from Mosul, which had a pre-war population close to 2 million, would effectively abolish their state structure in Iraq and deprive them of a major source of funding, which comes partly from oil sales and partly from fees and taxes levied on residents.

On another front in Anbar, the army took several positions in Nuaimiya, south of the city of Falluja, an IS stronghold between Baghdad and Ramadi, killing 23 terrorists, said Brigadier Yahya Rasool, spokesman for the joint operations.