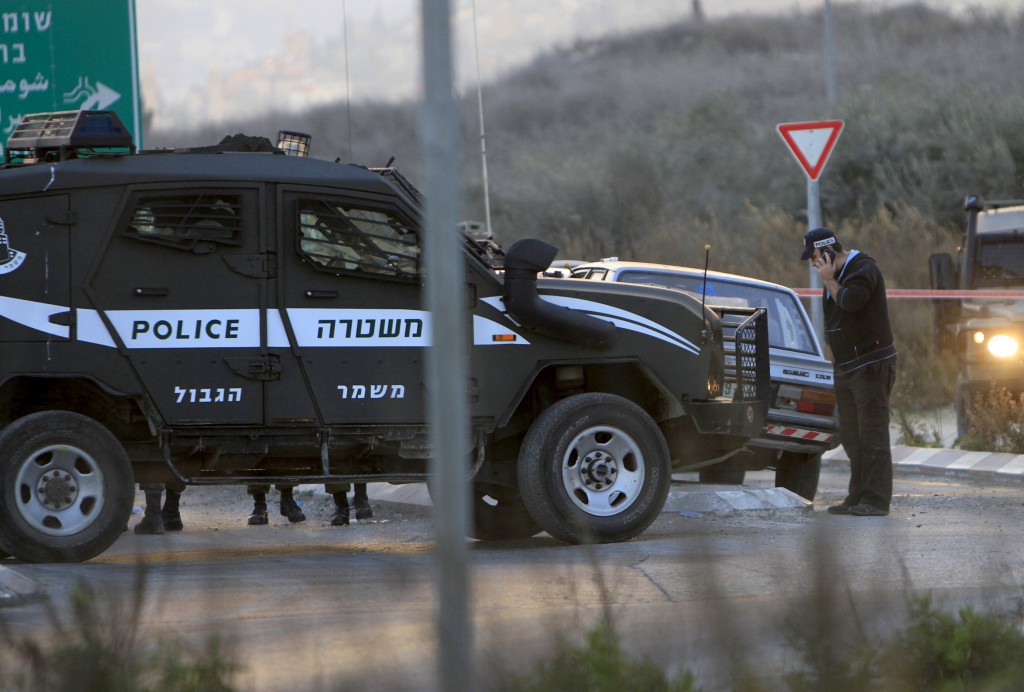 An IDF soldier was lightly hurt on Shabbos afternoon in a car-ramming attack at a checkpoint near the Palestinian town of Hawara, close to the city of Shechem.

The terrorist was shot at the scene, and later died of his wounds in hospital in Shechem. He was identified as 56-year-old Maher Jabi.

The wounded 20-year-old soldier was taken to the Beilinson Hospital in Petach Tivkah, where he was treated for a suspected broken leg. He was released from the hospital a short while later.

Channel 2 reported that the attack apparently occurred after IDF soldiers set up a surprise checkpoint at the site, in order to inspect Palestinian cars.

The incident is still under investigation, the IDF said.

Hours earlier, on Shabbos morning, police officers shot dead a Palestinian who tried to stab a policeman at Kikar Tzahal, near the Old City of Yerushalayim. The incident occurred outside the Jaffa Gate, where two Jews were killed in a terror attack last Wednesday.

Officers approached a man they said was following Jewish mispallelim, on their way home after davening at the Kosel, spokeswoman Luba Samri said, and asked to see his identification papers. “The terrorist whipped out a knife and tried to stab a police officer. He was swiftly shot and neutralized,” Samri said.

The incident was captured on security camera footage.

Later in Yerushalayim, police forces fired tear gas to disperse several dozen Arab protesters who were demanding that Israel hand over the bodies of Palestinians killed in attacks or during clashes with IDF troops. The protesters joined hands and formed a human chain around parts of the Old City walls.

Israel has been holding the bodies of several dozen Palestinian terrorists for fear that returning them will set off massive angry funeral processions that will lead to further violence.