World Iraqi Troops Close in on IS Redoubt in Ramadi
World 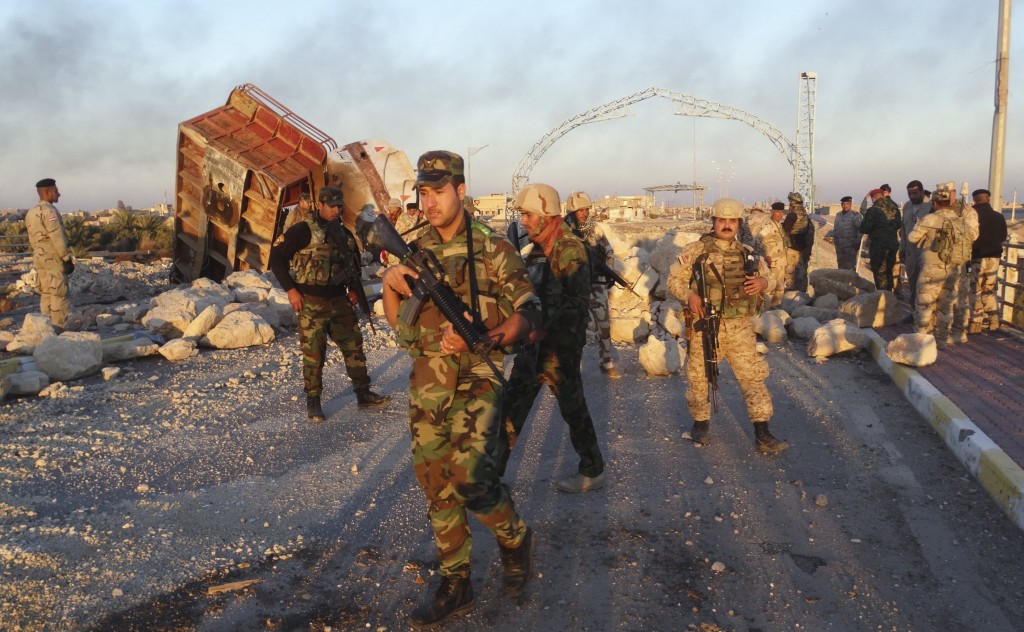 Iraqi troops have pushed deeper into the heart of the last remaining district held by Islamic State in the city of Ramadi, despite being slowed by bombs and booby traps, army spokesmen said on Saturday.

Recapturing Ramadi, which fell to the terrorists in May, would be one of the most important victories achieved by Iraq’s armed forces since Islamic State swept across a third of the country in 2014.

Soldiers advanced overnight in the Hoz neighborhood that houses the provincial government compound, the target of an attack that started on Tuesday, joint operations command spokesman Brigadier Yahya Rasool said.

“The counter-terrorism forces are within 800 meters (0.5 mile) of the government complex,” advancing by just under a mile in the past day, Rasool said.

Special operation commander Sami al-Aridhi said the plan was “to liberate all of Ramadi from three sides.”

“Our troops are now advancing towards their targets, but were delayed because the criminals have booby-trapped everything,” he said.

Ramadi is a provincial capital in the fertile Euphrates River valley, just two hours drive west of Baghdad. Most remaining civilians in the Islamic State-held central district have taken shelter in the city’s hospital, knowing that the army will not target it, Rasool said.

He declined to give a time frame for the final onslaught to dislodge the terrorists.

“The campaign’s priority is to avoid casualties among civilians and the troops, no matter how long it takes,” he said.

About 120 families were rescued from the combat zone on Saturday after securing safe routes for their exit and they were taken to a camp near Habbaniya, north of Ramadi, according to a military statement broadcast on state media.

Military officials had said on Wednesday that the offensive to retake the central district should take several days.

The city is the capital of mainly Sunni Muslim Anbar province. The government said it would be handed over to the local police and to a Sunni tribal force once it was secured.

Ramadi was Islamic State’s biggest prize of 2015, abandoned by government forces in May in a major setback for Baghdad and for the Iraqi troops that have been trained by the United States since the overthrow of Saddam Hussein in 2003.

After Ramadi, the army plans to move to retake the northern city of Mosul, the biggest population center under Islamic State control in Iraq and Syria.

Dislodging the terrorists from Mosul, which had a pre-war population close to 2 million, would effectively abolish their state structure in Iraq and deprive them of a major source of funding, which comes partly from oil and partly from fees and taxes on residents.

“The liberation of dear Mosul will be achieved with the cooperation and unity of all Iraqis after the victory in Ramadi,” Prime Minister Haider al-Abadi said on Friday.