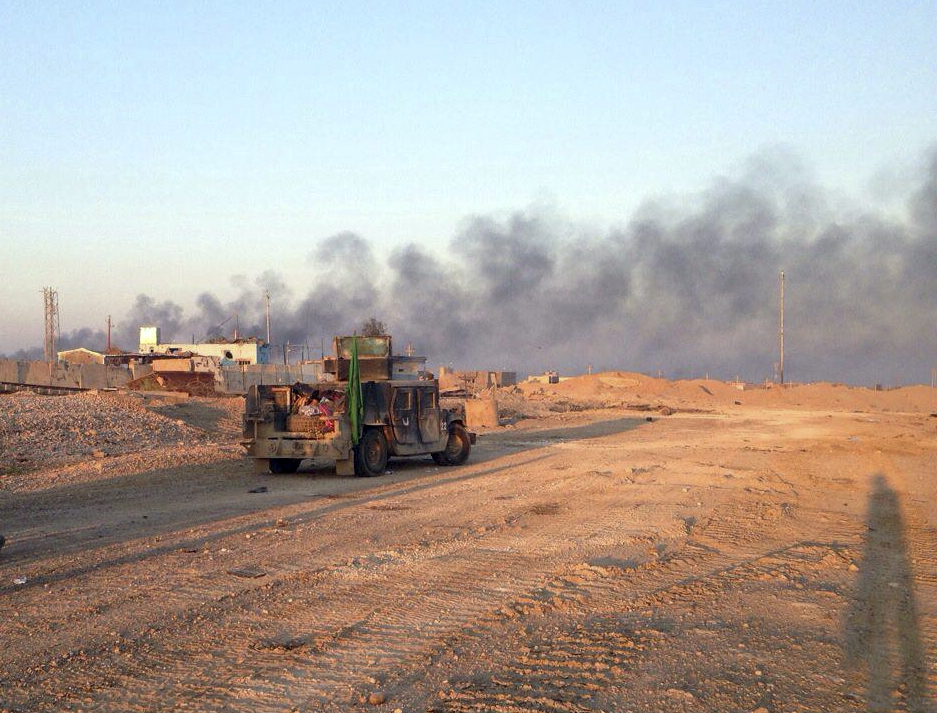 If Ramadi is captured, it will be the second major city after Tikrit to be retaken from Islamic State in Iraq. It would provide a major psychological boost to Iraqi security forces after the terrorist group seized a third of Iraq, a major OPEC oil producer and U.S ally, last year.

“The good news of the complete liberation of Ramadi will be announced in the coming days,” the Iraqia channel cited the officer as saying.

Iraq’s armed forces began advancing on Tuesday on the last district held by the militants in the center of Ramadi, a Sunni Muslim city on the river Euphrates some 100 km (60 miles) west of Baghdad that they captured in May.

Progress has been slow because the government wants to rely entirely on its own troops and not use Shi’ite militias in order to avoid rights abuses such as occurred after the recapture of the city of Tikrit from the terrorists in April.

Islamic State also controls Mosul, Iraq’s second-largest city, and Falluja, which lies between Ramadi and Baghdad, as well as large areas of Syria – the core of which it has declared to be a caliphate.

“F-16 planes killed dozens of terrorists, including eight senior commanders of Daesh in strikes on Hawija and Anbar,” said the statement, using a derogatory name for Islamic State and not giving further details.