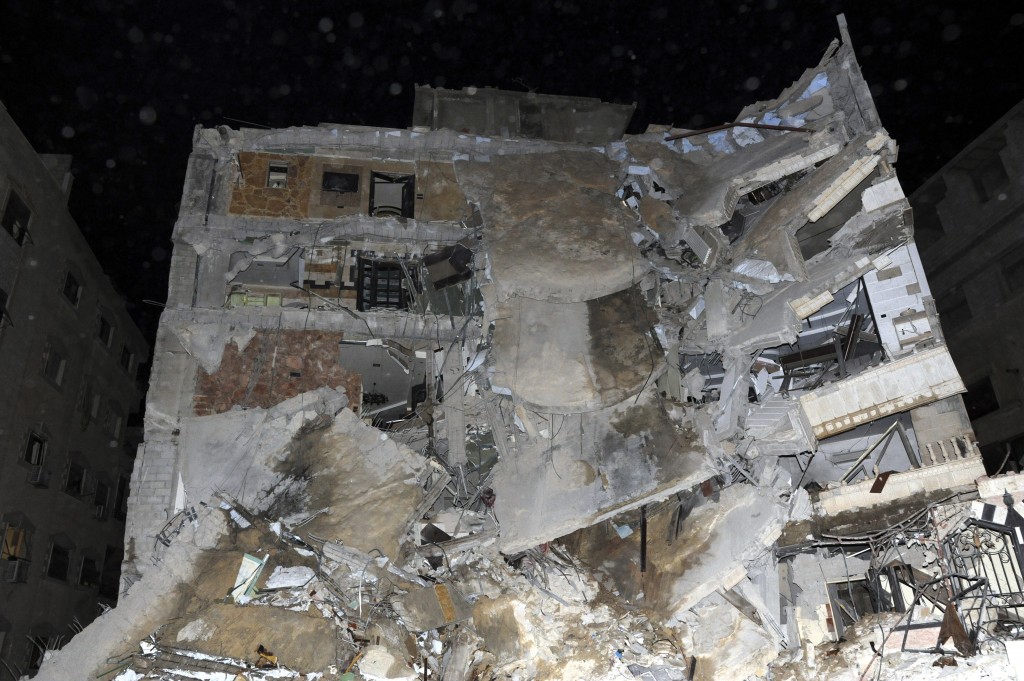 Samir Kuntar, the longest-held Lebanese prisoner in Israel, has been killed in an Israeli airstrike that targeted a residential building near the Syrian capital, the Lebanese Shiite Hizbullah terrorist group said Sunday.

Hizbullah said Kuntar, known in Lebanon as “The Dean of Lebanese Prisoners” for spending nearly three decades in Israel, was killed along with eight others in the strike in the Damascus suburb of Jaramana Saturday night.

Hizbullah’s Al-Manar aired footage of what it said was the residential building targeted in Jaramana Saturday night. The building appeared to be completely destroyed.

Kuntar was imprisoned in 1979 in Israel after he was convicted of murder in an attack that left an Israeli policeman, a father and his two children dead, Hy”d. He was long wanted in Israel for the terrorist attack considered one of the grisliest in Israeli history.

Kuntar and four Hizbullah terrorists were freed in 2008 in exchange for the bodies of two Israeli soldiers captured by Hizbullah in 2006, whose capture sparked a 34-day war between Israel and Hizbullah.

Kantar’s release was highly controversial in Israel, where he is believed to be the perpetrator of one of the most notorious attacks in Israeli history.

He was sentenced to three life terms after he and three other Lebanese infiltrated Israel in 1979 and staged an attack in the northern coastal town of Nahariya. An Israeli court convicted Kuntar of killing a policeman and then kidnapping a man and his 4-year-old daughter and killing them outside their home.

Israel says Kuntar, who was 16 at the time, brutally beat the girl to death. He denies this, saying the girl was killed in the crossfire. As the attack unfolded, the girl’s mother hid inside a crawl space inside their home and accidentally smothered their crying 2-year-old daughter, fearing Kuntar would find them.

Two of his co-conspirators were killed in a shootout with police. The third was also convicted and sent back to Lebanon in the 1980s as part of a prisoner swap.

Kuntar received a hero’s welcome upon his return to Lebanon in 2008. Assad awarded him the country’s highest medal during a trip he made to Damascus that year.

Soon afterward, Kantar, a Druze, joined Hizbullah, his role growing quietly within the group’s ranks particularly following the group’s involvement in the civil war in Syria in support of President Bashar Assad’s forces.

Kuntar is the highest profile Hizbullah terrorist to be killed since last year.

In January 2014, the Lebanese terrorist group accused Israel of carrying out an airstrike on the Syrian side of the Golan Heights, which killed several Hezbollah members and a prominent Iranian general. Among the Hezbollah members was Jihad Mughniyeh, the son of Imad Mughniyeh, a top Hizbullah operative assassinated in 2008 in Damascus.