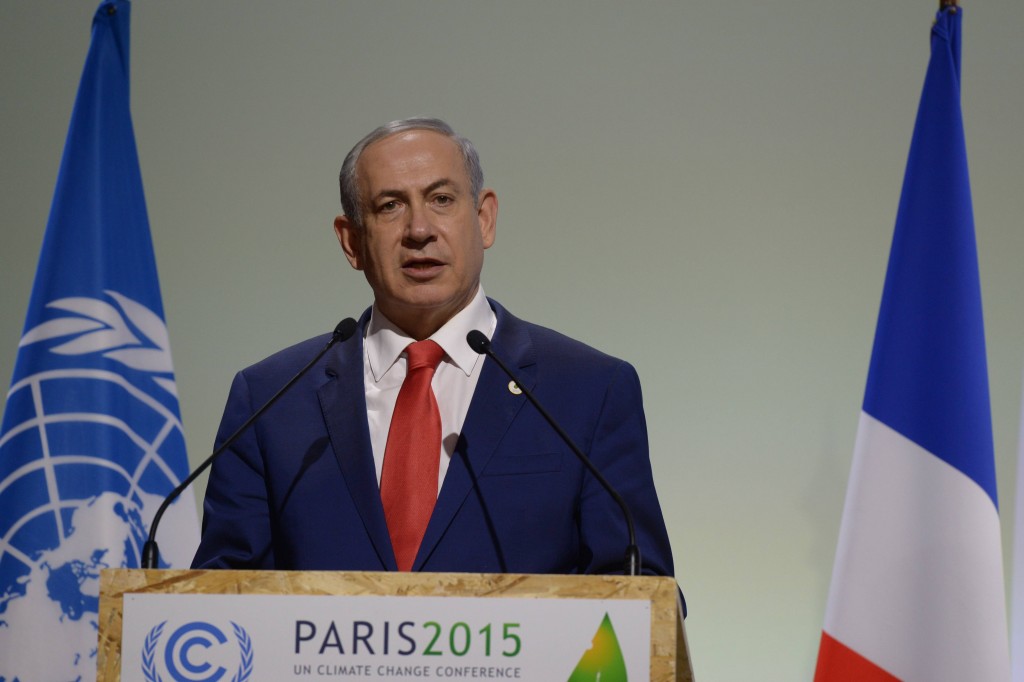 Israel can play an important role in the developing agreement on limiting the damage due to climate change presented in Paris over the weekend, said Israel’s Environmental Affairs Minister Avi Gabay. Speaking on Motzaei Shabbos, Gabay said that Israel had its own goals for limiting its carbon footprint that are in line with the guidelines presented at the COP21 climate conference that has been going on in France for the past two weeks. “The most important aspect of these goals is adopting them, and we are well on our way to doing so,” said Gabay.

The agreement, ratified by nearly 200 countries and officially released Saturday morning, requires countries to take action to limit the rise in the world’s average temperature no more than 2 degrees Celsius “above pre-industrial levels,” and preferably not more than 1.5 degrees Celsius. To do that, countries will be required to reduce or slow fossil-fuel emissions by 20% or more by 2030; the US, for example, has committed to reducing such emissions by 26% – 28%, while Israel has committed to reduce emissions by at least 20%.

“The end is in sight. Let us now finish the job,” U.N. Secretary-General Ban Ki-Moon told delegates as the new deal was announced. “The whole world is watching. Billions of people are relying on your wisdom.”

To achieve that goal, the government has enacted several measures, including mandating that at least 10% of the country’s electricity be produced by alternative energy sources by 2020. An earlier, more ambitious plan for 20% of power to be produced by “green” methods was dropped two years ago after it became clear that the government would not be able to live up to that commitment.

But Gabay believes Israel can do better than 10%. The new deal, he said, was a great opportunity for entrepreneurs who have good ideas on how to save energy and increase energy efficiency, including developing new sources of fuel and alternatives to fossil fuels. “From the beginning of the negotiations in Paris Israeli officials were involved, and Prime Minister Binyamin Netanyahu attended the opening of the event along with other heads of state.

“Israel can take a leading role in helping the world reach its goals, with the development of new and ground-breaking technology to reduce emissions,” said Gabay. “This agreement is a historic turning point.”