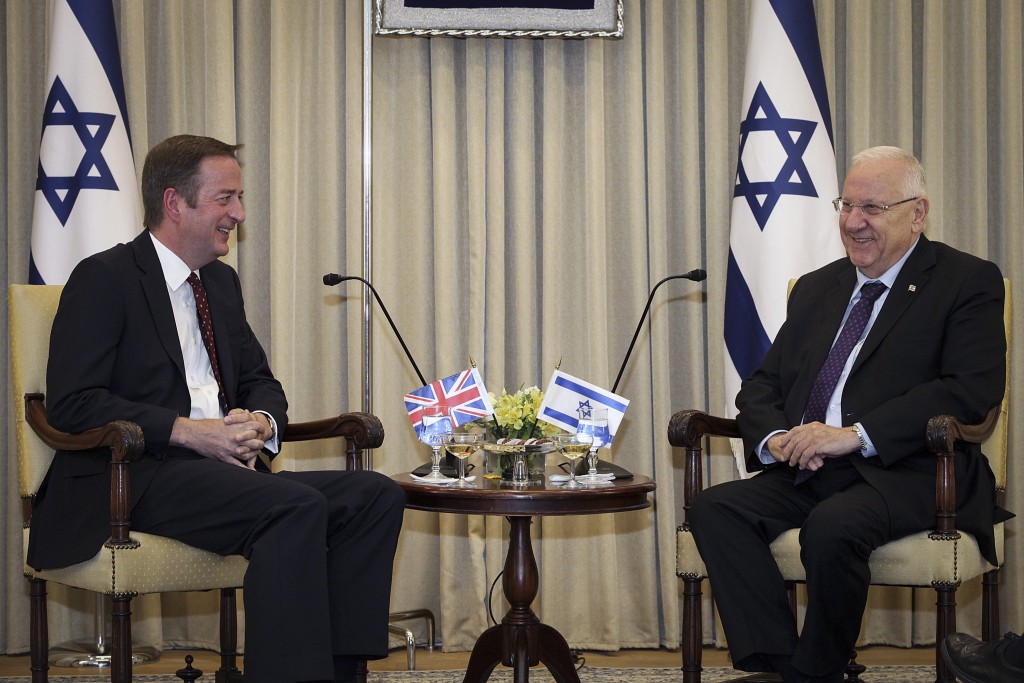 Trade between the UK and Israel has reached record proportions and fears of the boycott movement are overblown, according to British Ambassador David Quarrey, The Jerusalem Post reported.

At least as far as the UK is concerned, “what we are seeing is the exact opposite of boycotts,” Quarrey told a group of journalists on Wednesday, pointing out that annual trade between the two countries has reached an unprecedented level of nearly $7 billion.

According to Israel’s Central Bureau of Statistics, in 2014 the two countries conducted $6.3 billion worth of trade, with almost $4 billion of that being Israeli exports to the United Kingdom.

Although Britain has become a hotbed of anti-Israel activity, the overall picture is very different, Quarrey said.

“All the talk of boycotts is extremely frustrating at time when we perhaps have the greatest breadth and depth of the relationship than ever before,” the ambassador said.

Direct trade is not the only manifestation of the prospering bilateral relationship. The number of Israeli companies using the UK as a bridge into Europe has been growing, and in 2014 more Israeli companies were listed on the London Stock Exchange than from any other country, with the exception of the UK itself.

The British diplomat also downplayed the threat of the European Union’s new labeling policy on products from over the Green Line. He confirmed that bilateral trade has actually increased since Britain implemented voluntary labeling in 2009.

“We have seen roughly a doubling of imports of Israeli goods since then,” Quarrey said. “This shows that labeling has nothing to do with boycotting.”