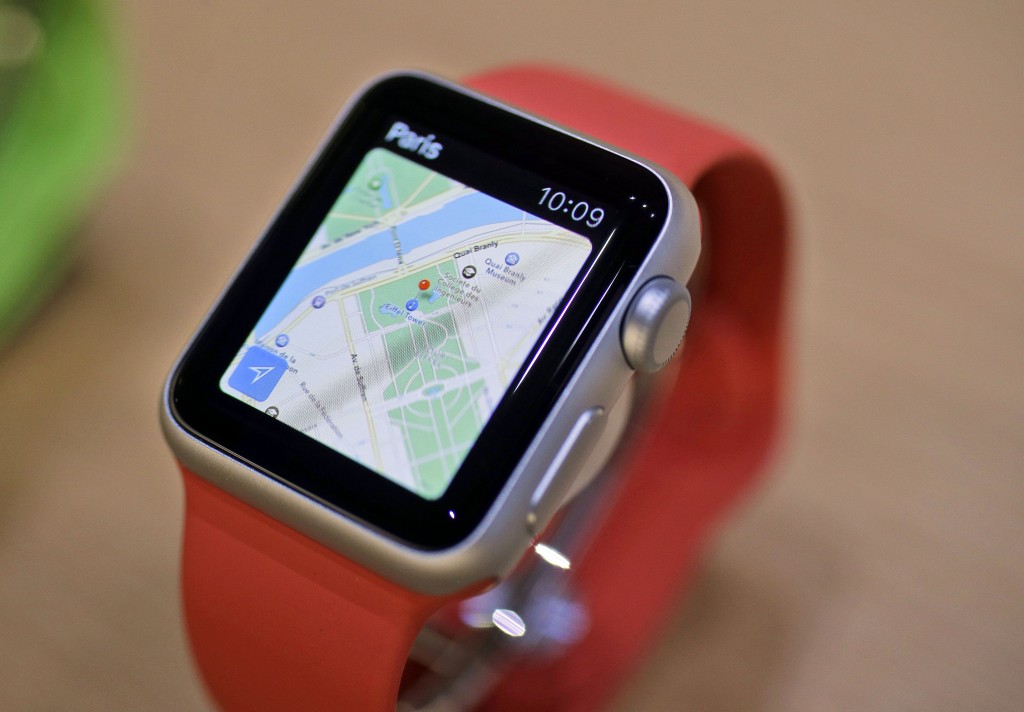 Apple Maps quickly became the butt of jokes when it debuted in 2012. It overlooked many towns and businesses and misplaced famous landmarks. It marked New York’s Madison Square Garden arena as park space because of the word “Garden.” The service was a rare blunder for a company known for simple, easy-to-use products.

Apple fixed errors as users submitted them. It quietly bought several mapping companies, mostly for their engineers and other talent. This fall, it added transit directions for several major cities, narrowing a major gap with Google. Apple Maps is now used more widely than Google Maps on iPhones.

“They really did a great job in a short amount of time,” said Alex Mackenzie-Torres, a former Google Maps manager who’s now with competing transit app Moovit. “Apple has something that few companies have – simplicity in design mixed with high doses of pragmatism and practicality.”

Apple’s significant investment in fixing Maps underscores how important maps and related services are to tech companies. Location is key to helping phone users find restaurants and shops, discover things to do and just get around. It’s also big business, as app makers tap into the core mapping functions of phones to direct people in helpful ways and sometimes offer them bargains based on where they’re standing.

The quick turnaround also demonstrates how easily companies like Apple can steer people to their own services. Google Maps and various third-party apps offer many features that Apple Maps lacks, yet Apple cleverly turned user inertia to its advantage. Many people use Apple Maps just because it comes with the phone. Even if you’ve taken the trouble to download a competing app, other iPhone services such as Siri and Mail will invariably take you to Apple Maps.

Without the ability to steer users this way, Apple “would not be in the position they are in,” IDC analyst John Jackson said. “Not that they aren’t improving the experience, but this helps the cause.”

Apple says its mapping service is now used more than three times as often as its next-leading competitor on iPhones and iPads, with more than five billion map-related requests each week. Research firm comScore says Apple has a modest lead over Google on iPhones in the U.S., though comScore measures how many people use a service in a given month rather than how often.

Google still dominates among all U.S. smartphones, though, in part because Apple Maps isn’t available on Google’s Android system, which is more prevalent than iPhones. In October, Google Maps had more than twice as many smartphone users as Apple Maps. Much like Apple, Google benefits as the default on Android.

For years, Google provided the default mapping service on iPhones. That changed as more people relied on turn-by-turn voice navigation with automatic rerouting, a feature Google offered only on Android. Apple built its own service from scratch and knocked Google Maps off the iPhone’s home screen.

Google’s initial forays into voice navigation in 2009 had problems, too, including directing motorists to left turns at no-turn intersections. But by 2012, Google Maps had improved significantly. By then, more people knew how a mapping service ought to work – and Apple’s new offering fell short.

“I heard so many different horror stories that I was almost hesitant to try it,” said Rick Ostopowicz, an iPhone owner in Catonsville, Maryland. “I remember once (that) it was taking me on a road that no longer existed.”

Apple CEO Tim Cook apologized and promised that Apple would “keep working non-stop” to deliver the best experience possible. Without much fanfare, the service gradually improved.

“We are fast learners and we are fast at fixing things,” said Greg “Joz” Joswiak, an Apple vice president who oversees product marketing for iPhones and related services. “We learned the maps business incredibly fast.”

Apple now gets data from more than 3,000 sources for business listings, traffic and other information. In adding transit, Apple sent teams to map out subway entrances and signs. That results in more precise walking directions, as stations can stretch for blocks and the center point used by some services isn’t necessarily the closest. Apple also started sending out vehicles with sensors to map roads, similar to Google’s long-standing practice.

By making Maps a core iPhone feature, Apple made it easier for outside developers to include mapping features in their apps. When you go to Yelp, you can find directions to a business with one tap. When you go to the Starbucks app, you can see all the nearby stores.

On the flip side, the iPhone’s Siri voice assistant leads direction requests straight to Apple Maps, as does tapping on an address in Mail and other apps. With that integration, users like Ostopowicz no longer hesitate. The default behavior isn’t just a competitive advantage for Apple; it’s a convenience for many users.

But default settings mean nothing if the experience isn’t good – as it most definitely wasn’t three years ago. Kristi Denton, an iPhone user in Austin, Texas, said that after getting bad directions with Apple Maps long ago, she has gone as far as to copy addresses and paste them into Google to avoid the default Apple service.

Lots of users, though, have returned. And many new iPhone users never experienced Maps at its worst.

Google Maps, of course, has also been improving. Last month, Google started letting motorists store mapping data on their phones so that they can look up businesses and directions even when cellular service is spotty. It’s available on Android now and coming to iPhones soon.

Google has also mapped such indoor venues as shopping malls and faraway lands as the Galapagos Islands. Google has better search tools for landmarks and business listings and offers transit maps for more regions than Apple. Google also provides biking directions and options to exclude highways and toll roads from driving directions.

Third-party apps, meanwhile, have their own innovations. Waze – now owned by Google – is a popular app for motorists to share traffic information and avoid jams. Moovit is better than both Google and Apple at factoring in temporary service changes in mass transit, while Citymapper offers suggestions on whether to board the front, middle or back of a train.

But ultimately, Apple Maps doesn’t need to be the best. It just needs to be good enough that its users won’t look for something else.