Israel Report: Dozens of Shuls at Risk for Demolition
Israel 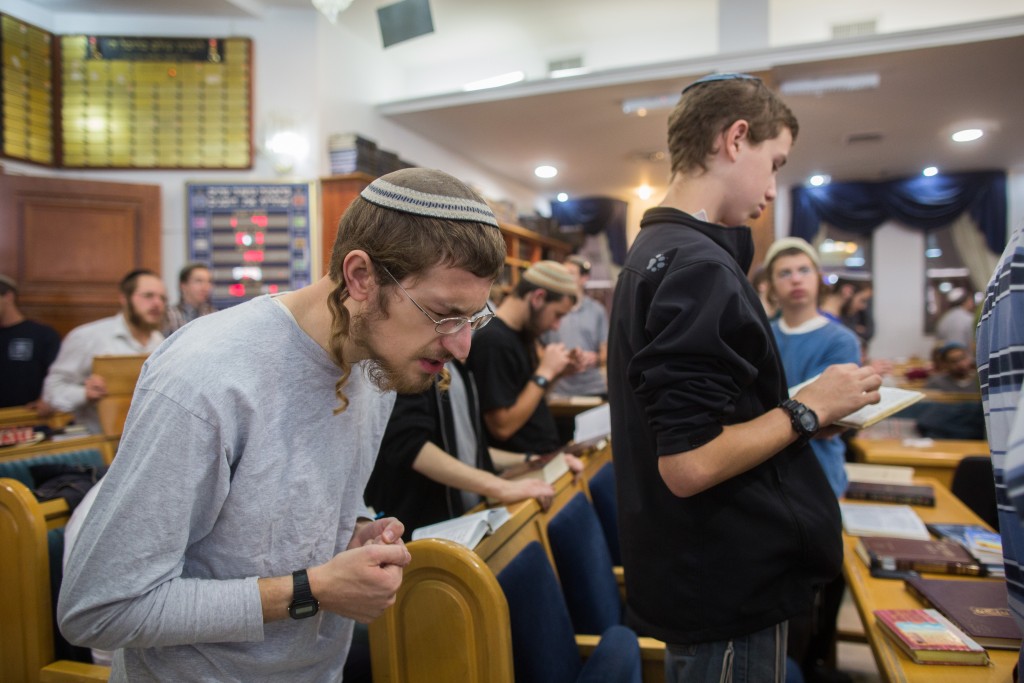 Piece by piece, a shul that the High Court ordered demolished is being taken apart, with large parts of the structure being relocated to a nearby lot whose ownership is not at issue. But the shul in Givat Ze’ev that was the focus of major protests after the Court accepted claims by Palestinians that the land the shul was built on belongs to them, despite the fact that no definitive proof of ownership was furnished.

But a report on Army Radio Thursday said that there could be more demolitions – because the same claims that caused the Court to rule against misplallelim and activists who sought to save the Ayelet Hashachar shul in Givat Ze’ev were in effect against dozens of other shuls in Yehudah and Shomron. According to the report, there are 41 standing and active shuls in towns throughout Yehudah and Shomron that are at risk, with demolition orders already issued for them in the past.

According to Israeli law, Palestinians can claim ownership of land even if they do not have definitive evidence of ownership, such as title deeds, but instead base claims on family tradition, records from the days of the Ottoman Empire, letters and documents adjudicated in Muslim courts in the past, etc. While the courts do not automatically award title of the land to Arabs in such cases, it does prohibit Jews from using land unless they can furnish definitive proof that the land was either purchased, or that it was state land.

In the case of the Givat Ze’ev shul, which had been in operation for some 20 years until it was evacuated two weeks ago in preparation for its demolition, the Palestinians claimants have not produced any documentary evidence proving ownership. The builders of the shul claim that the land had been purchased from the Palestinians, but according to the claimants, the land was purchased from a phony owner. The congregants had offered to buy the land again, but the Arabs, egged on by leftist Israeli groups, refused to sell.

That same situation could repeat itself dozens of times, according to the Army Radio report. Among the towns, villages and outposts where “illegal” shuls have been built are Talmon, Adei Ad, Givat Assaf, Yitzhar, Itamar, Beit El, Ofra, Modi’in Ilit (Kiryat Sefer), Elkana, and many others. Over 20 shuls have pending demolition orders against them, with the cases in various states of adjudication in Israeli courts.

In a statement, the Civil Authority said that it operated within the law, and according to orders issued by courts and other authorities. “Some of the shuls are part of approved local and regional plans, in various stages of legalization and recognition, while for others the approval process has not yet begun. The enforcement of the orders of demolition will be determined based on need and operational assessment,” the statement said.