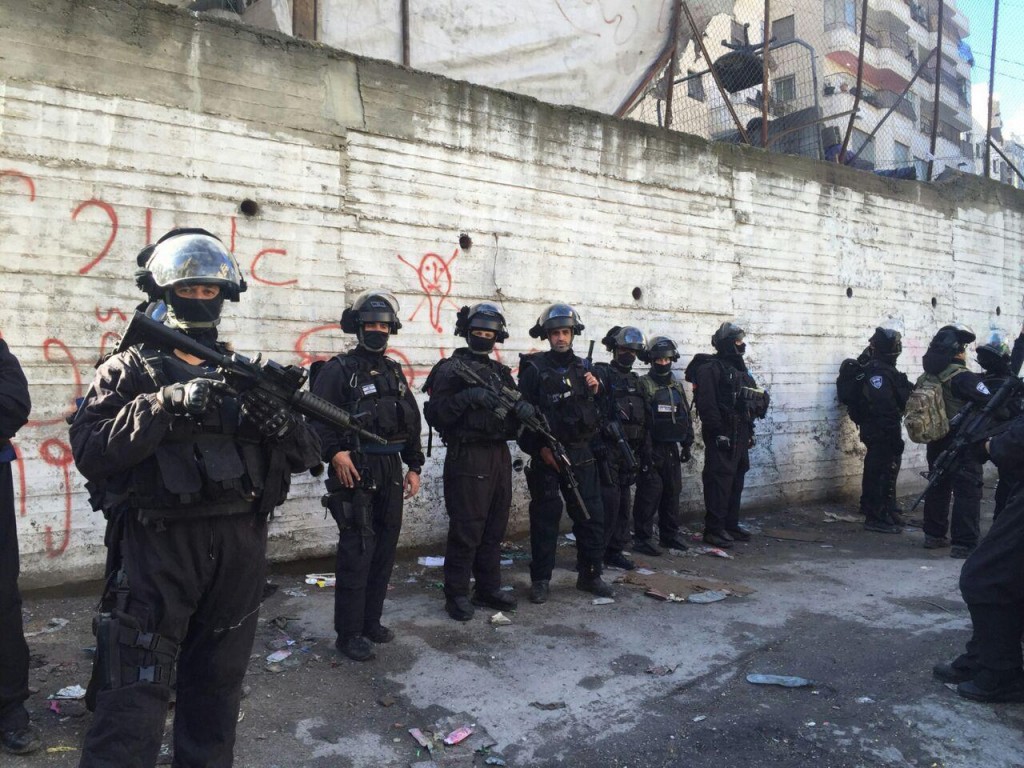 A large number of police officers were on hand Wednesday morning to help IDF soldiers demolish the Shuafat home of Ibrahim al-Akhri.

Al-Akhri was a Hamas terrorist who conducted a car ramming attack last year, in which two Israelis, Shlomo Aharon Ba’adani, Hy”d, and Border Police officer, Gidan Asa’ad Hy”d, were killed. The two were among those waiting to cross a wide boulevard in Yerushalayim, when al-Akhri rammed his vehicle into the crowd. After the attack, al-Akhri backed off the sidewalk and continued up the road, hitting several pedestrians near the Shimon Hatzaddik station of the Yerushalayim light rail. He then got out of his vehicle and started attacking people with an iron bar. Police opened fire and shot him to death.

Last year the Supreme Court of Israel gave the IDF permission to tear down the home of the al-Akhri’s family as part of a program to discourage terrorism by causing losses to their families. The home is located in the Shuafat neighborhood, which has been the scene of almost daily riots in recent weeks. Police said they would have “zero patience” for riots and attempts to interfere with the demolition. “Police will deal with any violators harshly and act with force and determination, within the confines of the law, against with any individual, adult or minor, who attempts to interfere with police business,” police said in a statement.

As they prepared for the demolition, police found weapons and other terror equipment in the yard of the house. The house was just destroyed.