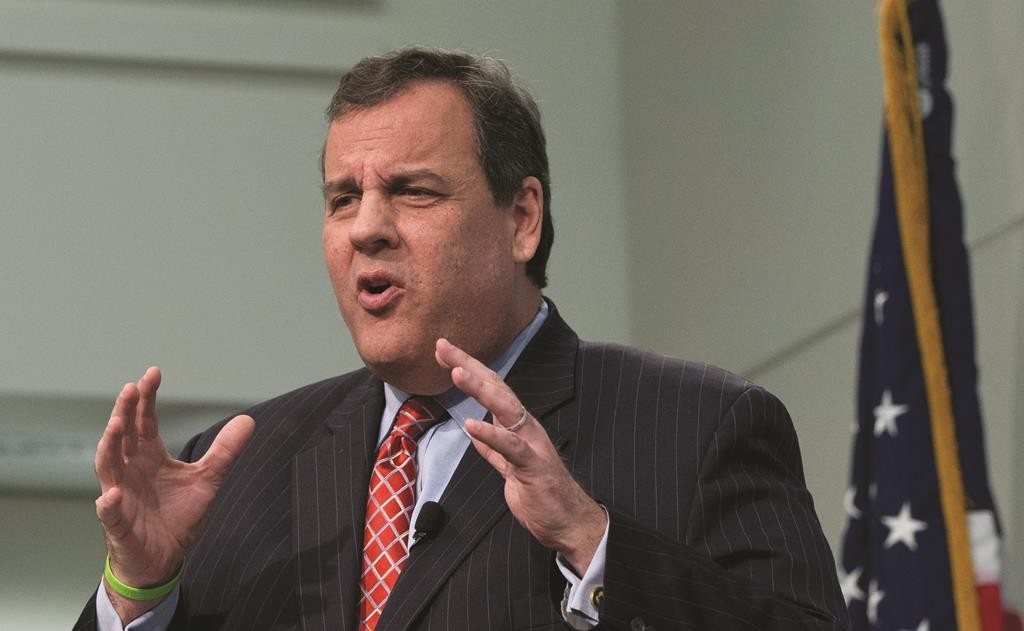 “This is a cult of evil, everyone,” he said of the Islamic State group in a speech Tuesday to the Council on Foreign Relations. Christie called the Obama administration’s approach to the threat “naive and gravely dangerous.”

The New Jersey governor, who was a federal prosecutor during the 9/11 attacks, has long highlighted his resume as he tries to stand out in the Republican presidential field, especially during the heated debate over the expiration of the Patriot Act. But his arguments have found new urgency after the Nov. 13 Paris attacks that killed 130 people and wounded hundreds more, stoking new fears about potential attacks in the United States and a fierce debate about how the country should handle Syrian refugees. He is hoping the renewed focus on national security will help him revive his lagging campaign.

Christie is against allowing Syrian refugees into the country, even saying orphans under five should not be permitted. And he’s dismissed Obama’s assurances that Syrian refugees are subjected to a rigorous, years-long process, citing congressional testimony from FBI Director James Comey that information available on those seeking entry is often limited.

“We cannot allow ourselves at a time of great peril to put ourselves voluntarily at even greater risk just because there are some folks who believe that it’ll make our country look better,” Christie said. And he argued that Muslim-Americans will support his approach.

“What I’ll tell you is that Muslim-Americans are not nearly that sensitive, not nearly as sensitive as some of the people in opinion places here in Washington or in the White House believe they are,” he said. “They’re Muslim-Americans and they understand that the safety and security of their family is at risk just the way the safety and security of Catholics are at risk, Protestants are at risk, Buddhists are at risk, when the American homeland is not safe and not secure.”

He also said he’d be willing to reconsider his approach to the refugees if Comey can convince him the vetting is thorough.

Like so much of Christie’s approach, he also got personal, speaking emotionally of his own experience on Sept. 11, 2001, when he spent five and a half hours desperately trying to reach his wife, Mary Pat, who worked in lower Manhattan. He also spoke about friends he lost that day.

“The goal and the intent of the American president has to be first and foremost to prevent another generation of widows and orphans on American soil,” he said.

Without referring by name to rival political outsiders like Donald Trump, or first-term senators like Florida’s Marco Rubio, Christie also warned about electing a candidate who is untested to the White House, as appealing as something new may seem.

“New seems fabulous until the moment comes when you need experience,” he said.