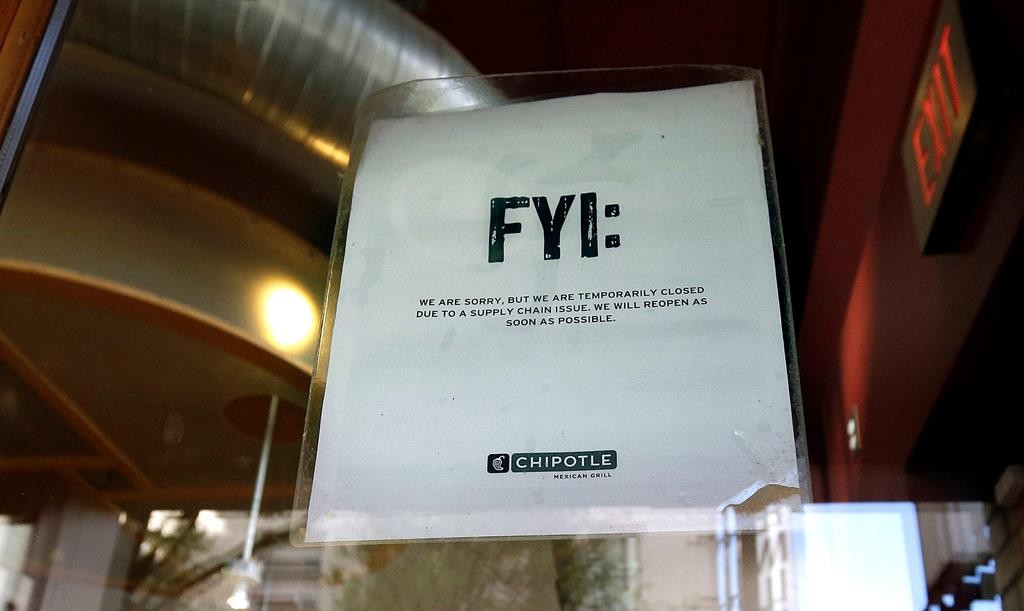 Major foodborne outbreaks in the United States have more than tripled in the past 20 years, and the germs most frequently implicated are familiar to most Americans: Salmonella, E. coli, and Listeria.

In the most recent five-year period — from 2010 to 2014 — these multistate outbreaks were bigger and deadlier than in years past, causing more than half of all deaths related to contaminated food outbreaks, public health officials said Tuesday. A wide variety of foods were involved, including vegetables, fresh fruits, beef and chicken.

Just last weekend, a rash of E. coli cases in Washington state and Oregon prompted Chipotle to temporarily shutter 43 of its restaurants there.

The current outbreak follows one involving Salmonella and tomatoes served at Chipotle locations in Minnesota, where more than 60 people reported getting sick in August and September. In a media briefing Tuesday about the rise in multistate foodborne outbreaks nationally, Kathleen Gensheimer, a senior Food and Drug Administration official in charge of food safety, said the restaurant chain’s executives want to meet with federal health officials to “discuss what practices might be contributing” to the problem.

A new report by the Centers for Disease Control and Prevention makes clear the danger these pathogens pose. In analyzing the illnesses, hospitalizations and deaths from foodborne outbreaks that took place in two or more states between 2010 and 2014, it found 120 multistate outbreaks. Although just a fraction of the more than 4,000 incidents reported during that period, the outbreaks accounted for 34 percent of hospitalizations and 56 percent of deaths.

CDC Director Thomas Frieden said the latest multistate outbreaks are more dangerous because they involve deadlier germs. “They can be big and they can be lethal,” he said during the briefing.

Salmonella accounted for most of the illnesses and hospitalizations. It was also the cause of the three largest outbreaks, which were traced to eggs, chicken and raw ground tuna. Listeria killed the most people; it was responsible for 57 of the 66 deaths during the five-year period. Imported foods accounted for 18 of the multistate outbreaks. Foods from Mexico, including mangoes and papayas, were the leading source in those events, followed by foods from Turkey such as pine nuts, tahini and pomegranate seeds.

In September, the FDA finalized long-awaited rules that will require U.S. food manufacturers to make detailed plans to identify and prevent possible contamination risks in their production facilities. The agency said it expects to finalize additional rules soon regarding the growing and packaging of produce, as well as requirements that imported foods meet U.S. safety standards. Most of the rules haven’t been put into place yet.