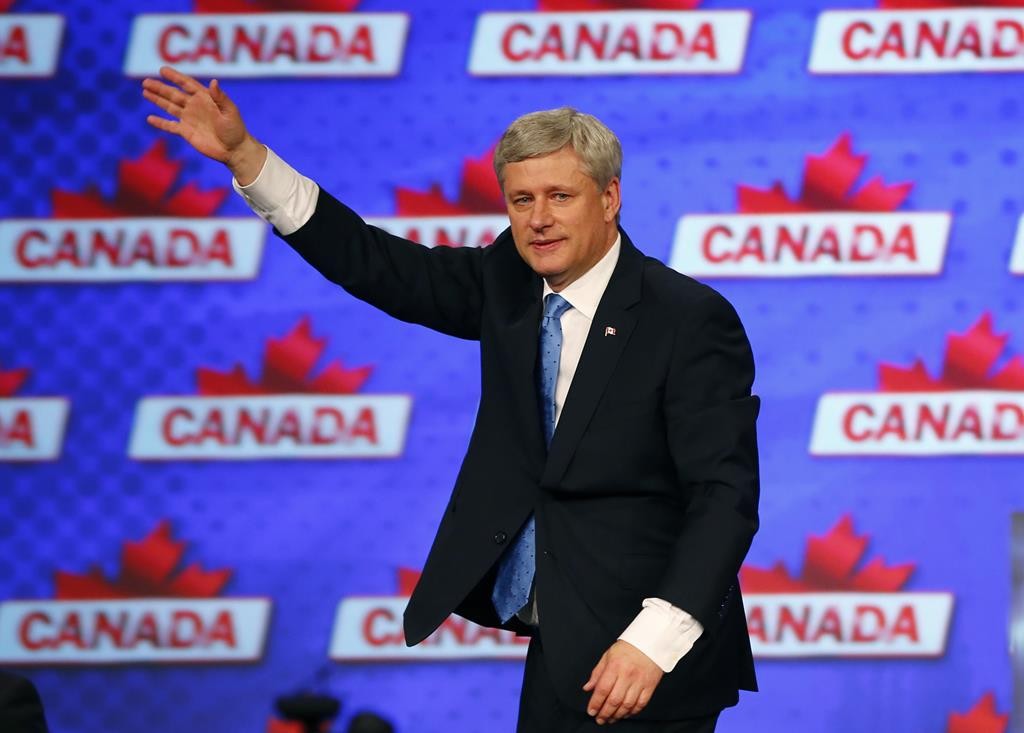 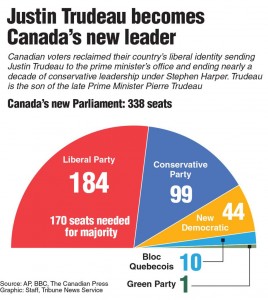 Justin Trudeau, the dashing eldest son of political legend Pierre Trudeau, has ushered in Canada’s first political dynasty with a stunning come-from-behind victory. But the new prime minister’s win may owe as much to voters’ fatigue with the outgoing government as to the legacy of his father.

The younger Trudeau defeated Prime Minister Stephen Harper in Monday’s elections, ending a nine-year reign that had shifted Canada politically to the right.

Both Mulcair and Harper had taunted the athletic Trudeau, 43, in campaign ads that referred to him as “Justin” and made fun of his “nice hair.” Critics said he was too young and inexperienced to become prime minister.

But Trudeau ran a tireless 78-day campaign based on change and optimism at a time when many frustrated voters wanted “anyone but Harper.” Trudeau, a former schoolteacher, ran on a centrist platform, to the left of the Conservatives but to the right of the NDP. He also benefited from many Canadians’ fond memories of his father, a public intellectual who was prime minister from 1968 to 1979 and from 1980 to 1984.

“The reason he got the job of leadership is the same reason Hillary [Clinton] and Jeb Bush can run — name recognition,” said Nelson Wiseman, director of the Canadian Studies Program at the University of Toronto. “He is personable. He is a family man. He has three kids. That is appealing. But he doesn’t have much gravitas. He is an intellectual lightweight compared with his father.”

Canadians wanted Harper out. He was accused of being stiff, autocratic and out of touch with Canadian values on environmental issues, race and immigration.

Harper, 56, who was seeking a fourth term, had made a controversial push to prohibit use of the niqab, a face veil worn by some Muslim women, at Canadian citizenship ceremonies. Many Canadians were also upset at Harper’s reluctance to accept refugees from Syria. The government said at the start of this year that it would accept 10,000 Syrian refugees over three years. But only a fraction of that number have been admitted.

Former Prime Minister Jean Chrétien wrote in a column published in The Globe and Mail and other Canadian newspapers that Harper’s stance on the refugee crisis created an international impression of Canada as a “cold-hearted” nation. “What has happened to the country that was a model for peace and stability in a tumultuous world?” Chrétien wrote that he is frequently asked.

Trudeau had called for the government to accept 25,000 refugees.

The Conservatives also were hurt by recent political scandals, including one involving a senator on trial over fraud suspicions.

“Two-thirds of Canadian voters said the Conservatives lost the moral authority to govern,” ­Wiseman said. “The election revolved around one issue: Do you want to keep the government of Harper or not?”

Harper had called in August for the election, thinking a longer campaign and a bigger Conservative Party budget would wear down the Liberals and the NDP. Very few predicted a Liberal victory. But days before the election, polls showed a Liberal surge. The party wound up capturing 184 seats, enough to form a majority government.

Trudeau becomes Canada’s second-youngest prime minister. The youngest was Joe Clark, of the Progressive Party, who took office in 1979, a day before his 40th birthday.

During his victory speech, delivered in French and English, Trudeau told a cheering crowd in Montreal: “Lots of people will have lots of opinions about why we were successful.”

Against the backdrop of a Canadian flag, Trudeau said his campaign had simply used an old-fashioned political strategy.

“You told us it is getting harder and harder to make ends meet and to get ahead. You told us you were concerned about your retirement. … I am not the one who made history tonight. You are.”

Not once during the nearly 30-minute speech did he mention his father by name. Under Pierre Trudeau, Canada officially became a bilingual country. The elder Trudeau had pushed for multiculturalism, a constitutional bill of rights known as the Charter of Rights and Freedoms, and the end of provisions that gave the British Parliament a say in Canada’s laws and constitution.

Justin Trudeau’s only reference to having grown up as the son of the legendary prime minister came when he thanked his own three little children, who he said were fast asleep by the time of the victory speech, after midnight Monday.