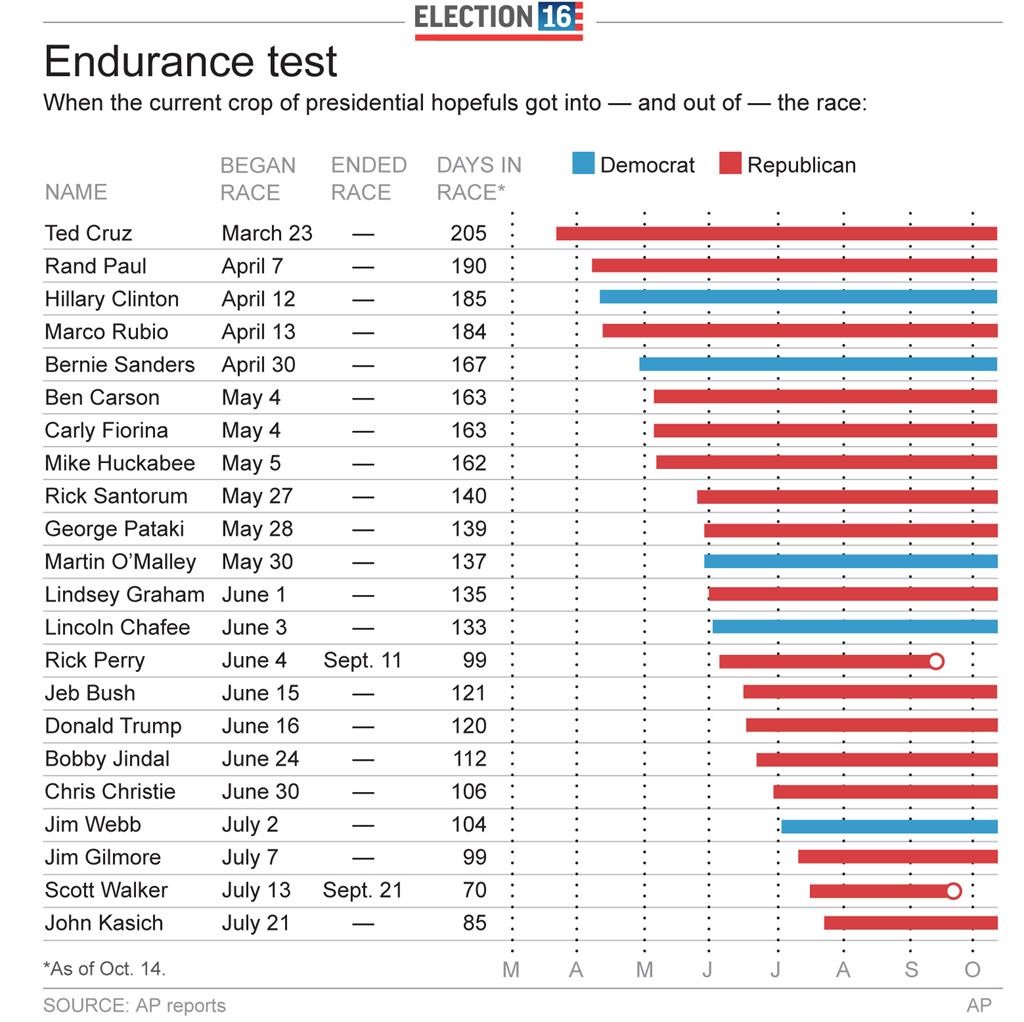 U.S. Vice President Joe Biden faced an altered political dynamic on Wednesday after Hillary Clinton reasserted her command of the Democratic Party presidential race during a debate that may have left little room for him to run.

Analysts widely hailed Clinton, 67, as turning in a nimble, effective performance on Tuesday night, perhaps easing the fears of some Democrats fretting that the flap over her use of a private email server while in the Obama administration was torpedoing her candidacy for the November 2016 election.

In doing so, she may have dampened calls for Biden to make a belated entrance into the race, while also blunting the threat from insurgent candidate Bernie Sanders, a 74-year-old U.S. senator from Vermont and self-described democratic socialist.

“If you’re a Hillary supporter and you were worried for whatever reason, you should feel very good about yourself,” said Rodell Mollineau, a Democratic strategist who attended the debate in Las Vegas. “This is the kind of debate that helps build momentum.”

Sanders, Clinton’s top rival among declared candidates, was handed the opportunity by debate moderators to assail her over the email issue. Instead, he dismissed the controversy as trivial, drawing an ovation from the crowd and shoving the spotlight away from Clinton’s most profound political weakness.

For Biden, 72, who continues to ponder a bid for the presidency, the evening served as a reminder of how tenacious Clinton can be as a candidate, steeled by scores of debates in her 2008 presidential run and four years as secretary of state.

At times, Clinton seemed to be reaching out both to the progressives in her party more likely to back Sanders and the moderates who may prefer Biden.

At the same time, she refused to go along with Sanders’ call to break up Wall Street banks, reiterated her support of the Patriot Act, and said she would not hesitate to use military force if necessary, at times obliquely criticizing President Barack Obama’s White House and, by proxy, Biden for failing to stand up to Russian President Vladimir Putin and for doing too little about the civil war in Syria.

Clinton’s campaign chairman John Podesta said Biden needs to decide now whether to run or not.

“This debate has been joined. We’re talking about different ideas about how to take the country forward, how to improve and build upon what President Obama has achieved. And if Vice President Biden wants to enter and compete for the presidency then it is time for him to make that decision,” he told MSNBC.

The debate attracted a record 15.3 million viewers, host CNN said on Wednesday, citing Nielsen data. That is the highest audience for a Democratic presidential debate, but is still lower than the ratings for the Republicans’ first two 2016 election debates earlier this year.

Tuesday’s debate may also have exposed Sanders’ limitations. As a candidate, he has made populist economic themes central to his campaign, almost to the exclusion of other issues. His discomfort on guns — his home state of Vermont is protective of gun rights — and with foreign policy seemed evident. At one point, Sanders loudly protested he is not a pacifist.

“He didn’t handle himself well on guns or on foreign policy,” said Brad Bannon, a Democratic strategist in Washington. “He seemed flustered and defensive. Americans want someone calm and collected when dealing with a crisis.”

Republican front-runner Donald Trump declared Clinton the winner of the encounter, in part because the other Democrats did not put her under much pressure.

But Clinton did give Republicans ammunition as she came out strongly in favor of gun control and tighter regulation of banks, and brushed off former Rhode Island Governor Lincoln Chafee’s concerns about her email use.

“Clinton’s record of hypocrisy and flip-flops on everything from Wall Street, trade, immigration, and foreign policy was on full display. Her unwillingness to fully explain the circumstances surrounding her secret email server, and the ongoing FBI investigation into it, further damages her credibility,” Reince Priebus, head of the Republican National Committee, said in a statement.