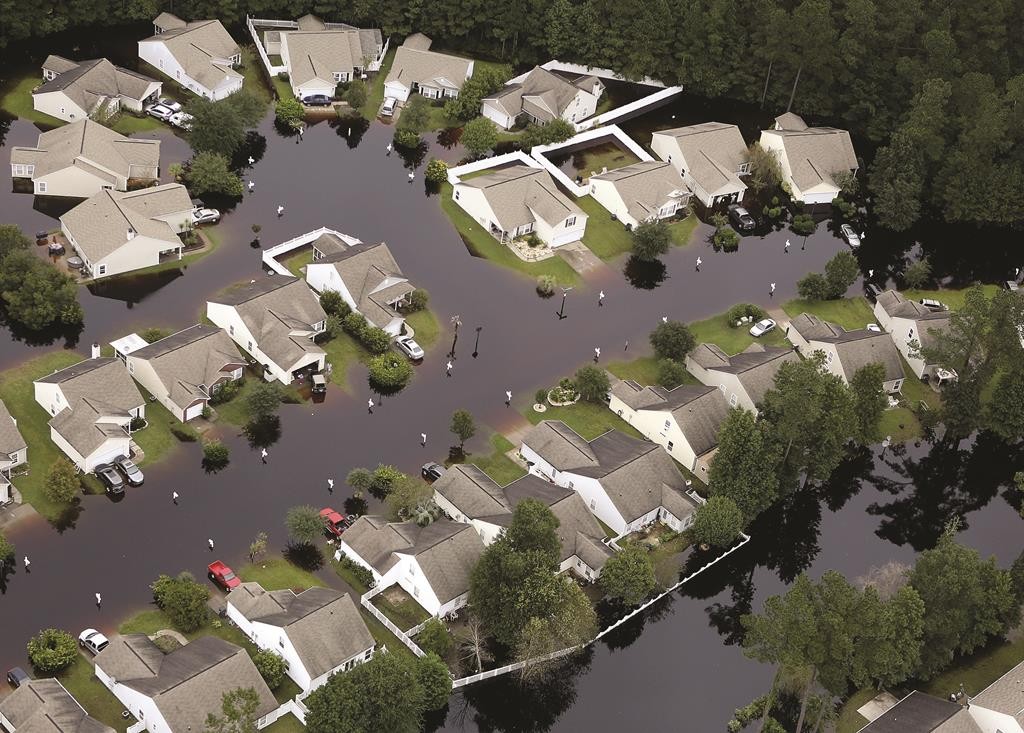 It could take until the weekend for the threat of flooding to ease in storm-tattered South Carolina, where a senator warned of a potential billion-dollar cleanup bill, two more people died in the floodwaters and the flagship university sent a home football game 700 miles away.

Rivers rose and dams bulged as storm water from days of heavy rains made its way to the Atlantic Ocean, causing a second round of flooding downstream.

Gov. Nikki Haley paid a visit to the coast, which she said would still be in danger for another 24-48 hours.

“We’re holding our breath and saying a prayer,” she said.

At least 19 people in South Carolina and North Carolina have died in the storm, while many survivors returned home to discover they’d lost everything.

Wendy Dixon burst into sobs after realizing her wedding album and dozens of photos of her two sons and three grandchildren were destroyed.

Overcome with emotion and barely able to walk across her waterlogged carpet, Dixon grasped the arm of a niece inside the Columbia apartment.

“Everything is gone!” she wailed. “My clothes and all can be replaced. But my little things, my pictures, are all gone.”

It was another anxious day of waiting for floodwaters to recede around the capital city. About 1,000 residents near the compromised Beaver Dam were told to evacuate Wednesday morning, though the order was lifted several hours later when crews shored up the dam.

Haley said 62 dams across the state were being monitored, and 13 had already failed. However, she said South Carolina was fortunate that those represented only a small fraction of 2,000 or so dams regulated by the state.

At a news conference, Haley and other officials were asked repeatedly about whether the state had spent enough in previous years to maintain dams and other infrastructure.

“I think the analysis of this can be done after” the danger from the floods passes, she said in one testy response.

But Graham said the federal lifeline must be treated with care to avoid a “monstrosity” like the federal government’s aid package to the Northeast Hurricane Sandy in 2012. He warned state and county officials not to use the disaster as an opportunity to ask for money unrelated to flood damage.

He also said it would take weeks to get a reliable damage assessment.

“We’re talking hundreds of millions (of dollars), maybe over a billion,” he said while visiting a shelter in Columbia.

In two of the most recent storm-related deaths, deputies said the pickup’s driver went around a barricade and plunged into the water at a 20-foot gap where pavement was washed out.

Richland County Sheriff Leon Lott said all nine deaths in the county have come from people trying to drive in flooded areas. Officers have located the cars belonging to several other missing people. “I’m fearing the worst on that,” Lott said.