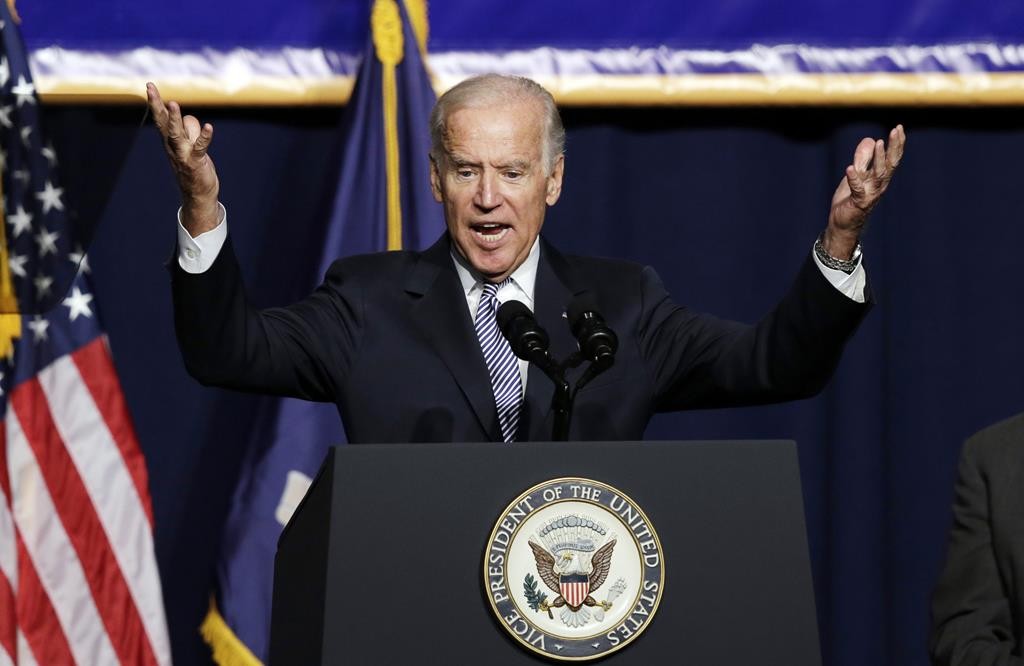 Vice President Joe Biden’s journey to a decision on whether to run for president is taking him this week to California, Michigan, and Ohio — critical states for fundraising and electoral recognition if he decides to jump in the race.

The locations are not a coincidence, even though the events he is attending are officially sanctioned by the White House.

They suggest the vice president is keeping up a campaign-in-waiting as he deliberates whether to take on former Secretary of State Hillary Clinton, whose frontrunner status for the 2016 Democratic presidential nomination has been tarnished by her handling of an email controversy.

So far, in public and in private, Biden continues to give mixed signals.

Biden behaved very much like a candidate on Tuesday night, discarding prepared remarks at an event with Latinos at his official residence in favor of a diatribe against Donald Trump, the Republican frontrunner whose comments on immigration have roiled Hispanics, an important Democratic constituency.

He continued that trend on Wednesday, when, at a solar power event in Anaheim, he referenced the upcoming debate between Republican presidential candidates and predicted they would deny climate change.

Biden is not only watching Republicans. The former senator, who has competed for the Democratic nomination unsuccessfully two times, is watching Clinton’s rocky performance and weighing his options.

“He wants there to be a Democratic president. He’s worried about where she’s at,” the friend said.

Biden’s official travel is sending signals, too. California has a wealthy cache of Democratic fundraisers whose support he would need for a run. Michigan and Ohio are both political swing states that historically help decide the outcome of most presidential elections.