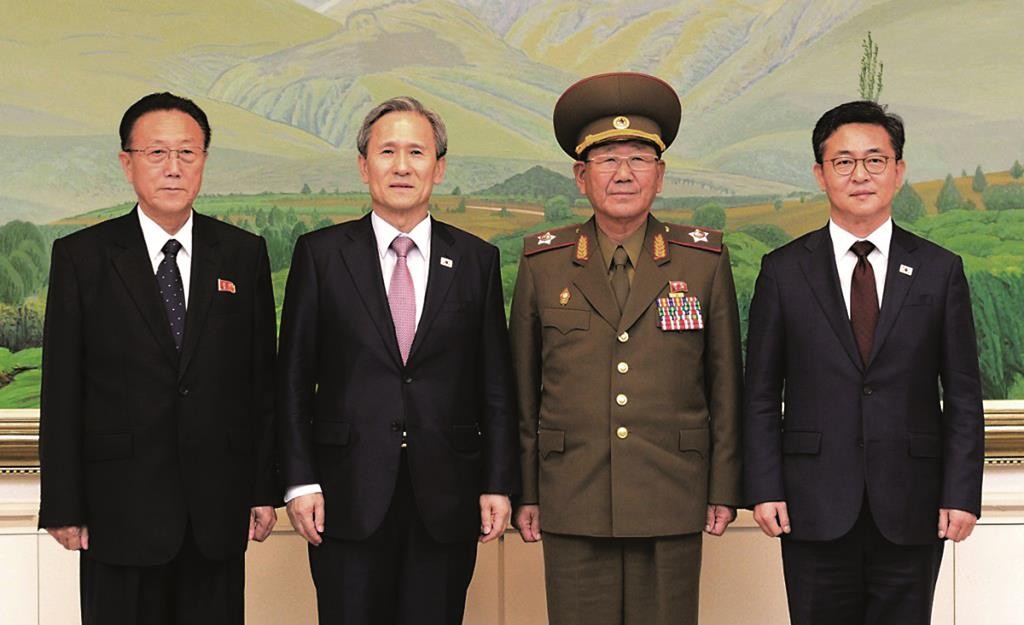 South Korea said Wednesday it could resume suspended talks with North Korea, including the lifting of economic sanctions, as tensions ease this week.

“I believe that’s an issue that can be fully discussed,” said Jeong Joon Hee, a spokesman for the Unification Ministry, “if North Korea brings it to the table.

“It is premature to talk about when and at which level [such a meeting] will be held.”

North Korea had raised the issue of the sanctions during three days of high-level negotiations over the weekend, the South’s Yonhap News Agency reported earlier.

The talks were called to defuse recent tensions, first sparked when a landmine exploded in the demilitarized zone on Aug. 4, causing two South Korean soldiers on patrol to lose their legs.

Seoul’s sanctions have been in place since Pyongyang sank the military corvette Cheonan in 2010, killing 46 South Korean troops.

South Korea also stopped tours to a mountain resort in the North, formerly a source of hard currency for the regime, since one of its tourists was shot dead by a soldier in 2008.