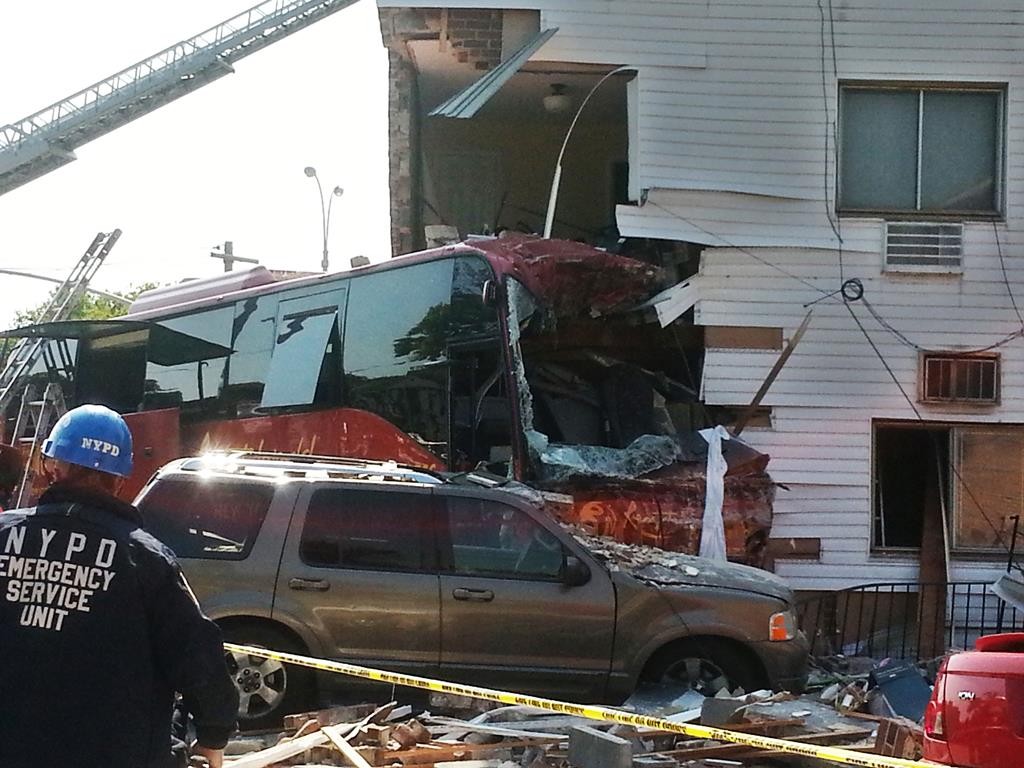 A casino bus crashed into a three-story brick building in Queens on Monday, shearing off a large part of the structure and injuring six people, authorities said.

The bus, swerving to avoid hitting a car, struck the building that houses a law office at about 2:30 p.m. in Rego Park. It came to a stop on the sidewalk behind the building.

The bus driver was cut from the wreckage, and four others aboard, along with at least one person in the building, were mildly injured.

The front of the bus was demolished and the front window was out. Rescuers continued to comb through the rubble of bricks and siding.

“I think everyone got out OK,” Ferraro said. “G-d was on somebody’s side today.”