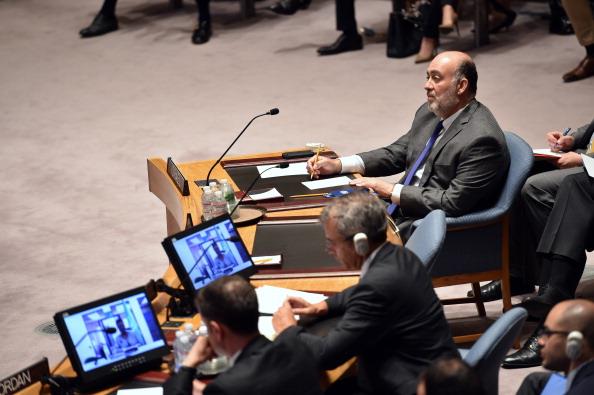 Israel’s ambassador is urging the U.N.’s internal watchdog to investigate the head of a U.N. agency for misconduct, accusing her of “modern day anti-Semitism.” Last year, he tried unsuccessfully to get Secretary-General Ban Ki-moon to suspend Rima Khalaf.

Ambassador Ron Prosor met Carmen Lapointe, the head of the Office of Internal Oversight Services, late last month and called for a disciplinary hearing against Khalaf, a Jordanian who heads the Beirut-based U.N. Economic and Social Commission for Western Asia, which promotes economic and social development in 17 Arab countries.

A letter from the ambassador to Lapointe obtained Wednesday by The Associated Press said, “Ms. Khalaf has abused her position in order to promote an anti-Israel agenda, in a flagrant violation of U.N. obligations and principles.”

Khalaf told The Associated Press in Beirut on Wednesday that she stands by her statements highlighting “Israel’s documented violations of international law against the Palestinian people” and rejecting “the concept of religious or ethnic purity of states.”

“I am surprised that rejecting discrimination, and reiterating the principles of equality and justice in the U.N. Charter, can still be contested by anyone,” Khalaf said.

Prosor gave a series of examples including her support for the June 29 “illegal and provocative attempt” to break Israel’s naval blockade of the Gaza Strip, a July 7 reference which he said equated “terrorism with a fight for ‘justice’,” and what he called “a hate fueled report” on Arab integration in March 2014 “that once again promotes anti-Israel incitement by blaming Israel for shortcomings in the Arab world.”

“Ms. Khalaf’s outrageous criticism against the state of Israel and the discrediting of its government undermine the integrity of the United Nations and amount to serious misconduct, by U.N. standards,” Prosor said in the July 27 letter. “I call on you to initiate an urgent investigation into this matter.”

Lapointe said regulations prevent her from commenting on the case.

Prosor strongly objected to Khalaf’s allegation that Israel practices religious and ethnic purity like the Nazis in World War II, and to “the appalling claim” in the March 2014 report that Hitler sought to facilitate the emigration of German Jews to Palestine when he was responsible for the murder of six million Jews.