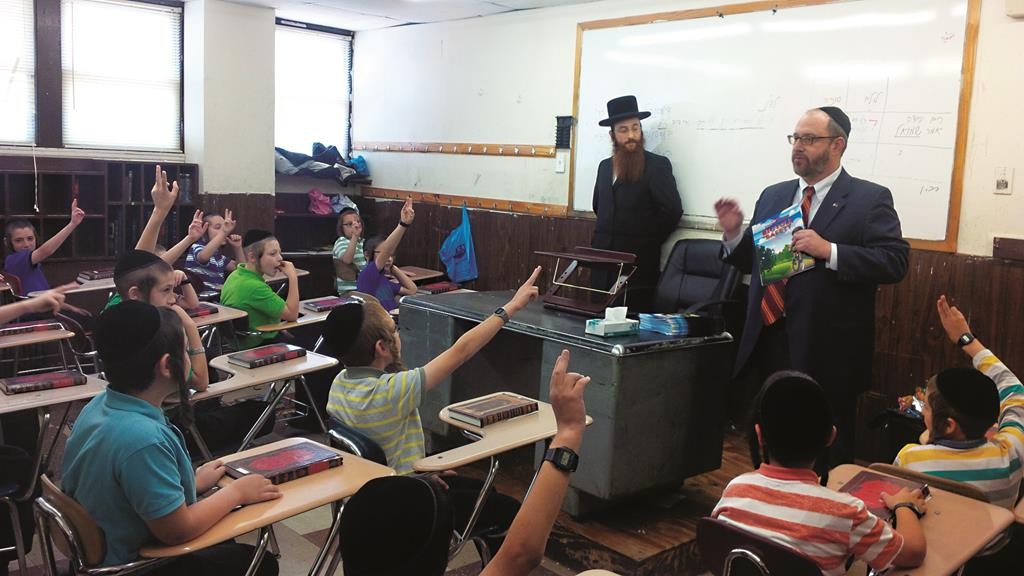 State Sen. Simcha Felder on Tuesday visited local day camps to discuss the importance of wearing helmets as part of his “Wear a Helmet” Campaign, which was launched together with BINA Stroke and Brain Injury Assistance.

The Brooklyn Democrat handed out thousands of coloring books about biking safety and heard about various bike riding incidents from the boys.

One of the children told the class about how a helmet saved him personally. Although the helmet was cracked and he got stitches on his chin, he said, his head was protected and he was saved from serious injury.

From Aug. 30 through Sept. 4, any child or teenager wearing a helmet while riding a bike may pick up a coupon for a free Klein’s ice cream or ices from participating toy stores.