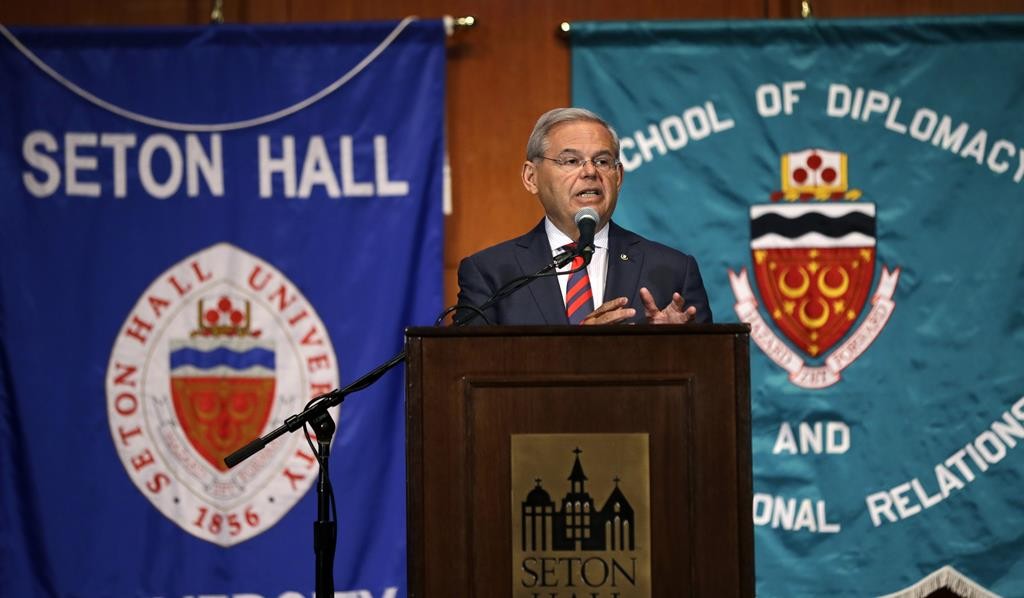 New Jersey Sen. Bob Menendez, a key Democrat who has been highly skeptical of the landmark nuclear deal reached with Iran, announced Tuesday he will vote to oppose the agreement.

Menendez’s opposition was not a surprise given his past criticisms. It comes amid a fierce lobbying fight ahead of next month’s expected vote in Congress.

So far, President Barack Obama appears to have enough support to uphold the deal. Even though Republicans control Congress and almost uniformly oppose the agreement, they are unlikely to sway enough Democrats to form the two-thirds supermajority needed for a veto override.

Menendez took aim not only at perceived shortcomings of the deal, but also at Obama’s characterization of opponents as military hawks like those who backed the 2003 Iraq War.

“The agreement that has been reached failed to achieve the one thing it set out to achieve: It failed to stop Iran from becoming a nuclear weapons state at a time of its choosing,” said Menendez, speaking at the Seton Hall School of Diplomacy and International Relations.

“This deal is based on ‘hope,’” said Menendez, a Cuban-American who has often been at odds with the administration on foreign policy. “A hope that things may be different in Iran in 10 to 15 years. Maybe Iran will desist from its nuclear ambitions. Maybe they’ll stop exporting and supporting terrorism. … Or maybe they won’t.”

Menendez noted that unlike the administration’s chief backers of the deal, Secretary of State John F. Kerry and Vice President Joe Biden, he voted against the war in Iraq, which was an unpopular position at the time.

Menendez, a former chairman of the Foreign Relations Committee, is the second Democratic senator to publicly oppose the deal. Sen. Charles E. Schumer of New York announced his opposition earlier this month.

Republicansa need to win the votes of four more Democrats in order to pass a resolution of disapproval in the Senate, assuming all Republicans oppose the deal. Though that would be a symbolic blow, Obama still would be able to veto the resolution.

No Republicans have announced their support for the deal. In a setback to White House efforts to secure at least some bipartisan backing, Sen. Jeff Flake (R-Ariz.), who had been heavily courted by the administration and was seen as a possible supporter, said over the weekend he would oppose the deal.

Both Menendez and Schumer come from areas with sizable Jewish populations. Though American Jews appear divided over the merits of the deal, Israeli Prime Minister Binyamin Netanyahu has called it a historic mistake. In the House, most of the Democratic opponents are under similar home-state pressures.

Some American defense hawks also are lobbying hard against the agreement, which would lift international sanctions against Iran in exchange for limits on the country’s nuclear ambitions.

Neither Menendez nor Schumer, who is poised to become the party’s next Senate leader, appear to be attempting to sway their colleagues to oppose the deal.

Many lawmakers are skeptical that Iran will wind down its nuclear ambitions, despite promised access to international inspections.

Menendez stepped down as the top Democrat on the Foreign Relations Committee earlier this year after being indicted on federal corruption charges. He denies any wrongdoing.

The New Jersey senator has suggested that the administration could achieve a better deal through continued negotiations.

Congress faces a Sept. 17 deadline to act, and debate is expected to begin after Labor Day, when lawmakers return to Washington from the summer recess.