General U.S. Consulate in Turkey Targeted in Wave of Attacks 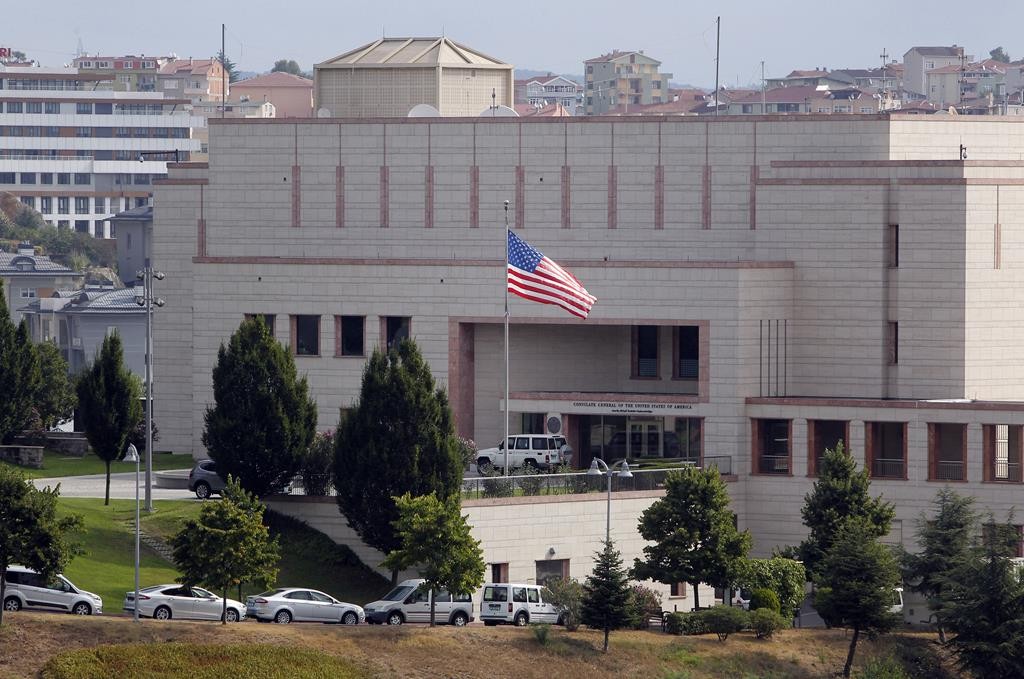 Two women shot at the U.S. consulate in Istanbul on Monday and at least nine people were killed in a wave of separate attacks on Turkish security forces, weeks after Ankara launched a crackdown on Islamic State, Kurdish and far-left groups.

The NATO member has been in a heightened state of alert since starting its “synchronized war on terror” last month, including air strikes against Islamic State terrorists in Syria and Kurdistan Workers Party (PKK) fighters in northern Iraq. It has also rounded up hundreds of suspected fighters at home.

A far-left group that killed a Turkish security guard in a 2013 suicide bombing of the U.S. embassy in Ankara claimed it was involved in Monday’s attack.

The Revolutionary People’s Liberation Army-Front, considered a terrorist organization by the United States and Turkey, said one of its members was involved, and called Washington the “arch enemy” of the people of the Middle East and the world.

Turkey’s foreign ministry condemned the attack and said security at U.S. diplomatic missions was being tightened. Police with automatic rifles cordoned off streets around the U.S. consulate in the Sariyer district on the European side of Istanbul.

One of the two women was later captured wounded, the Istanbul governor’s office said.

The Dogan news agency said the injured woman was aged 51 and had served prison time for being a suspected member of the DHKP-C. Reuters could not immediately verify the report.

The attack came a day after the U.S. sent six F-16 fighter jets and about 300 personnel to Incirlik Air Base in Turkey as part of coalition efforts to fight Islamic State.