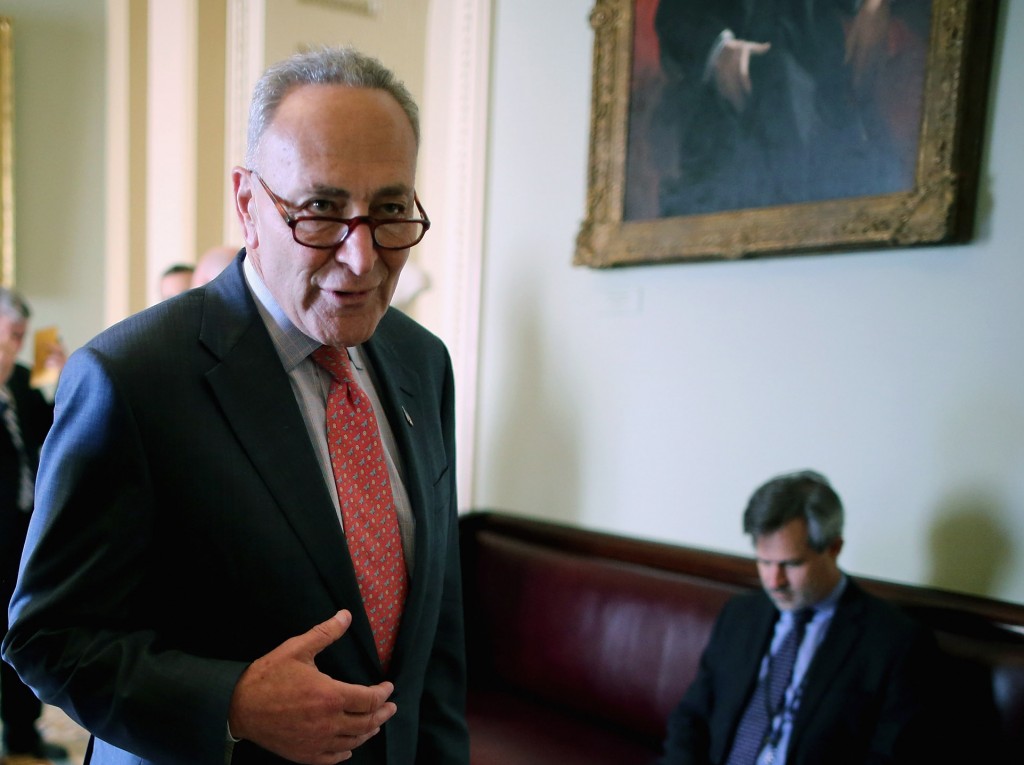 The Republican-led U.S. House of Representatives will vote on legislation to disapprove of the nuclear agreement between world powers and Iran when lawmakers return to Washington in September, party leaders said on Tuesday.

“This deal gives up too much, too fast, to a terrorist state – making the world less safe, less secure, and less stable,” said Representative Ed Royce, the Republican chairman of the House Foreign Affairs Committee, who introduced the disapproval resolution.

Under the Iran Nuclear Review Act, which President Barack Obama signed into law in May, the Republican-led Congress has until Sept. 17 to approve or disapprove of the nuclear deal between Iran and world powers announced on July 14.

A disapproval resolution could cripple the agreement by eliminating Obama’s ability to temporarily waive most U.S. sanctions, and Obama has promised a veto if a resolution passes Congress.

Lawmakers could have opted to vote on a non-binding approval resolution, or done nothing and let the deal go ahead.

The top Republican in the U.S. Senate, Mitch McConnell, said the Senate is also likely to consider a resolution of disapproval of the nuclear deal.

While Obama picked up the support of three Democratic senators – Barbara Boxer of California, Bill Nelson of Florida and Tim Kaine of Virginia – he lost the backing of three of the most prominent Jewish Democrats in the House: Reps. Steve Israel and Nita Lowey, both of New York, and Ted Deutch of Florida.

Obama was meeting with American Jewish leaders Tuesday and is scheduled to deliver a speech Wednesday on the Iran deal.

Ambassadors from the Western powers that signed onto the deal also met privately Tuesday with Senate Democrats.

“I will sit down, I will read the agreement thoroughly, and then I’m going to speak with officials, administration officials, people all over, on all different sides,” Schumer said. “This is a decision that shouldn’t be made lightly, and I am going to just study this agreement and talk to people before I do anything else.”

“He’s obviously got pressures and I assume he’s going to do the right thing,” said Rep. Jerrold Nadler, D-N.Y., who is undecided and facing similar pressures. “There are very severe upsides and very severe downsides.”

Schumer is being targeted in advertising, news releases and social media from both sides.