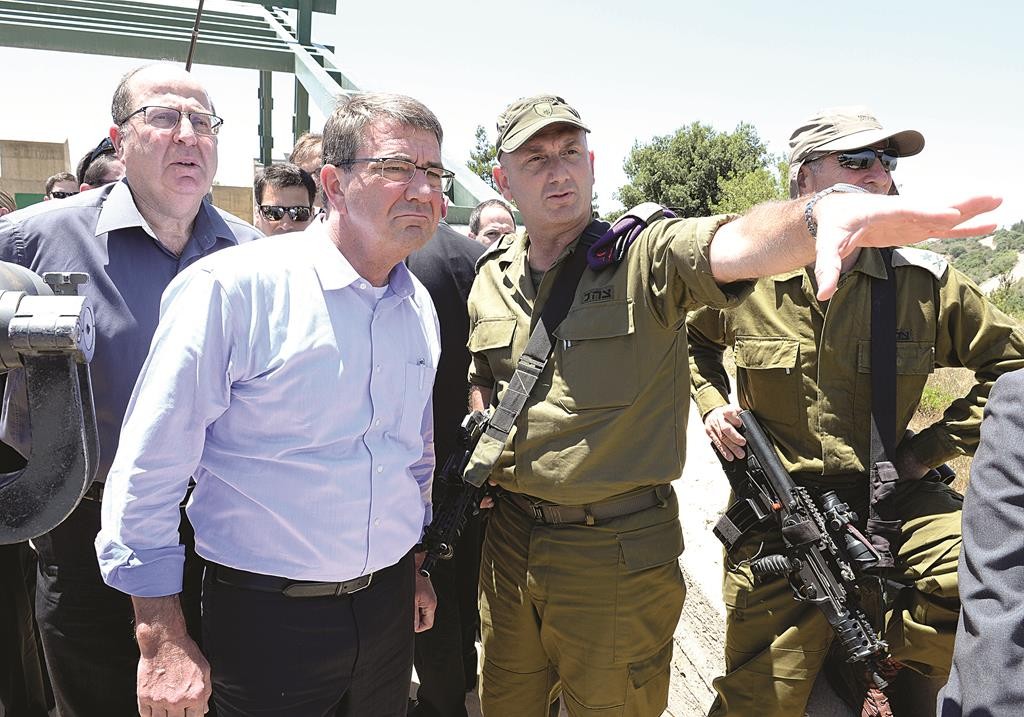 U.S. Defense Secretary Ash Carter was warmly welcomed by his Israeli counterpart Monday on the first Cabinet-level U.S. visit to Yerushalayim since the Iran nuclear deal was announced.

The Pentagon chief met at Israel’s defense headquarters with Defense Minister Moshe Yaalon and on Tuesday is to meet with Prime Minister Binyamin Netanyahu.

Yaalon thanked Carter for his contributions to Israeli security and said Israel appreciates its friendship with the United States.

The Israeli Defense Forces held a standard welcoming ceremony for Carter and he then went into a closed meeting with Yaalon.

On his flight to Tel Aviv, Carter said he has no expectation of persuading Israeli leaders to drop their opposition to the Iran nuclear deal. But he said he’ll emphasize that the accord imposes no limits on what Washington can do to ensure the security of Israel and U.S. Arab allies.

However, Yaalon acknowledged the Israeli position on the Iran deal, which “greatly disagrees” with the U.S. at a press conference in Tel Aviv on Monday.

Yerushalayim “fears for the future in the aftermath of its signing,” Yaalon said, speaking at the Defense Ministry.  “Yet we discuss this issue in a fully open manner, alongside many other issues of great importance,” he said.

The remarks followed a warm welcome by Yaalon to Carter, whom he described as “my good friend.”

Carter stressed that the Iran Deal “changes nothing for the Department of Defense,” declaring,  “Our pledge to defend Israel is rock solid, and the alliance has never been stronger.”