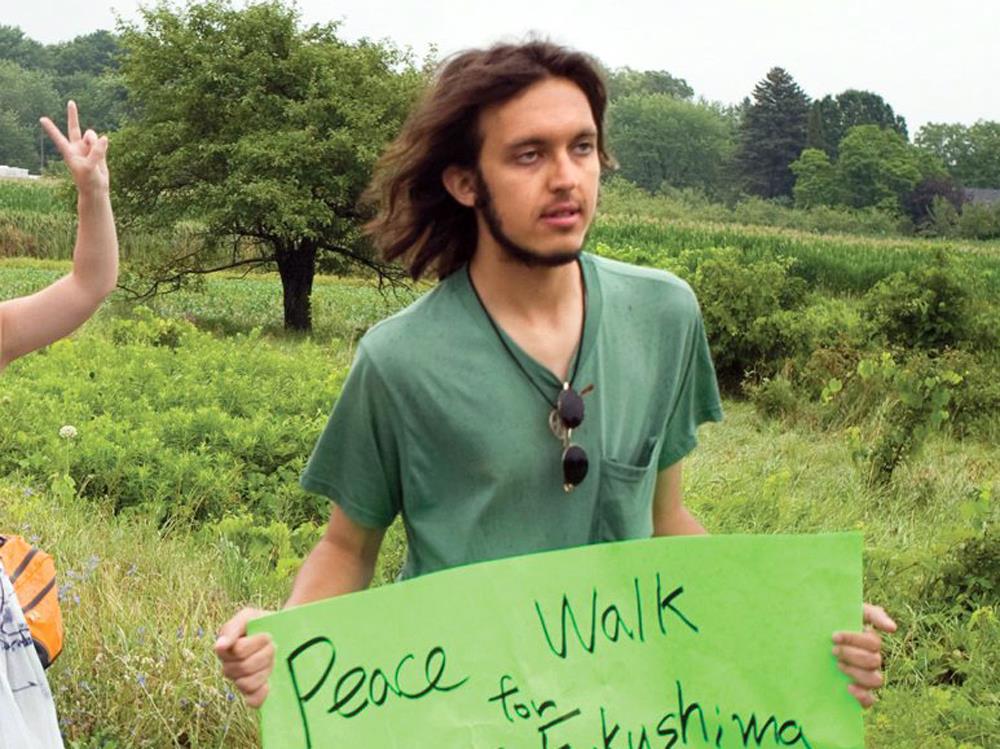 The son of a Boston police captain has been accused of plotting to detonate pressure-cooker bombs at an unidentified university and to broadcast the killings of students live online to show his support for the Islamic State group, authorities said.

Alexander Ciccolo’s father alerted authorities last fall that his son had a long history of mental illness and was talking about joining the Islamic State group, according to two law enforcement officials who spoke to The Associated Press on condition of anonymity because they were not authorized to release details.

Ciccolo, 23, of Adams, was charged in a criminal complaint unsealed Monday with illegal possession of a firearm for receiving four guns on July 4 from a person cooperating with the Western Massachusetts Joint Terrorism Task Force. Ciccolo was barred from having a gun because of a drunken driving conviction.

His father, Robert Ciccolo, is a 27-year veteran of the Boston police force.

“While we were saddened and disappointed to learn of our son’s intentions, we are grateful that authorities were able to prevent any loss of life or harm to others,” Ciccolo’s parents said in a statement.

Ciccolo is scheduled to appear in U.S. District Court in Springfield on Tuesday for a bail hearing. His attorney, David Hoose, did not immediately return calls seeking comment.

In court documents, the FBI said Ciccolo, also known as Abu Ali al Amriki, had talked with the cooperating witness in recorded conversations in June about his plans to commit acts inspired by the Islamic State group.

Ciccolo initially talked about killing civilians, police officers and members of the U.S. military but later said he wanted instead to attack a state university outside Massachusetts because more people would be there, according to the FBI. The FBI said the attack would include killings of students, broadcast live over the internet.

Ciccolo first came to the attention of the terrorism task force on Sept. 11 last year, when a close acquaintance — identified by the two law enforcement officials as Ciccolo’s father — told the FBI that Ciccolo had expressed a desire to go overseas and fight for the Islamic State group, according to court papers.

The acquaintance told the FBI that Ciccolo had a long history of mental illness and in the last 18 months “had become obsessed with Islam.”

The FBI said Ciccolo told the cooperating witness he planned to attack the university with assault rifles and explosives, focusing on dorms and the cafeteria during lunch because it would be packed with people.

He also said, according to the FBI, that if a student were Muslim, “he would be permitted to help, sit tight or leave.”