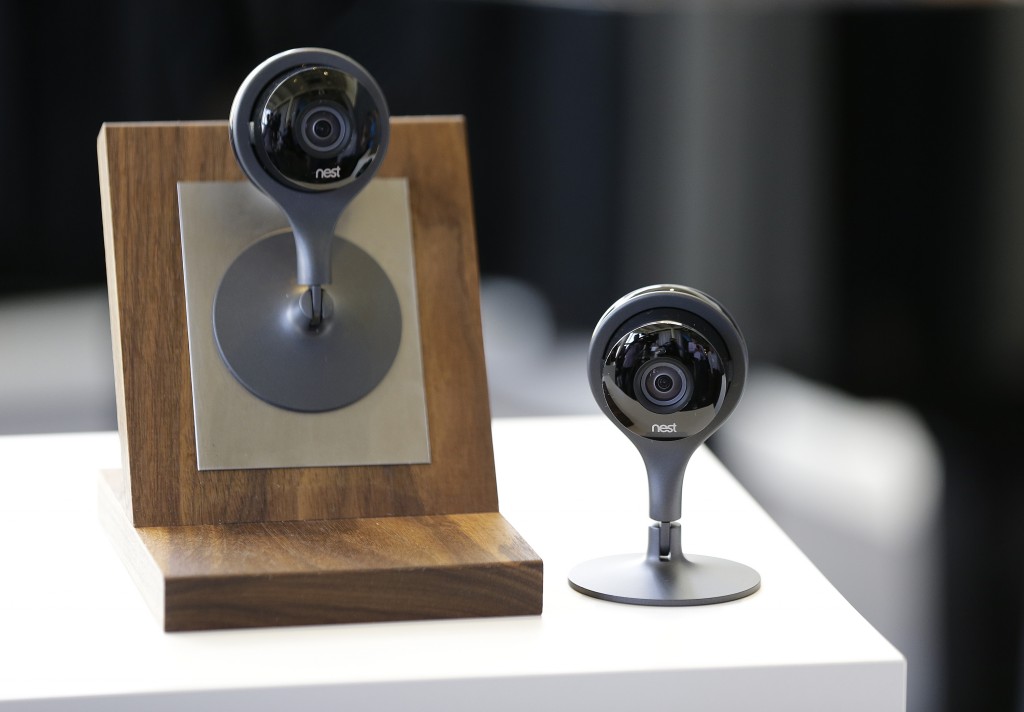 Google’s Nest Labs is releasing new versions of its surveillance-video camera and talking smoke detector as part of its attempt to turn homes into yet another thing that can be controlled and tracked over the internet.

Like several other technology companies, Google is implanting its own products and services into homes as more appliances and other gadgets feed into an internet-connected matrix. Nest, which is led by former Apple engineer and iPod designer Tony Fadell, is playing a central role in Google’s expansion into homes.

Google is also building an operating system called Brillo to enable all the internet-connected home devices to communicate with each other. Brillo will compete against a similar system called HomeKit offered by Apple.

In most instances, a person’s smartphone will serve as a remote for controlling all the internet-connected appliances. The smartphones can also be used to receive notifications about what’s happening in the house.

The concept of a fully automated home once seemed like a far-off vision, Fadell said, but not any longer.

“We have changed the conversation of the connected home,” Fadell boasted Wednesday.

Google and other technology companies will still need to overcome people’s concerns about protecting their privacy before automated homes become commonplace.

The Dropcam is changing its name to the Nest Cam as part of an upgrade that will feature higher-definition video, a sleeker design, a stand with a magnet that can be connected to refrigerators and better infrared technology for recording images in the dark. It will cost $199.

Nest is also offering a $10-per-month subscription service that will store up to 10 days of video, send alerts about suspicious activity and bundle up to three hours of clips likely to be of the most interest to the home occupants.

Nest’s next-generation smoke detector will have more sophisticated sensors for sniffing out fires and a 10-year lifespan, up from seven years. The device also will perform automatic tests each month to ensure its speaker and horn are working properly. As with the original version of the smoke alarm, it will announce a potential problem in an automated voice before resorting to a loud alarm. It will sell for $99.

To help promote the smoke alarm, Nest is also teaming up with two home insurers, Liberty Mutual and American Family, to offer a 5 percent discount when policyholders agree to install the devices and allow the insurers to review monthly information to show everything is functioning normally. In some instances, Liberty Mutual and American Family will give policyholders a free Nest smoke detector if they sign up for the safety-rewards program. Initially, American Family is only offering the program in Minnesota, while Liberty Mutual will initially test it in Alabama, Illinois, Kentucky, Maine, Pennsylvania and Wisconsin.

Nest is also providing a free software upgrade to its first product, an internet-connected thermostat, introduced four years ago. The update will enable the thermostat to turn off a furnace when Nest’s smoke detector discovers an unsafe level of carbon monoxide. It will also enable the thermostat to send notifications when the temperature has become too hot for a pet or too cold for a home’s pipes.