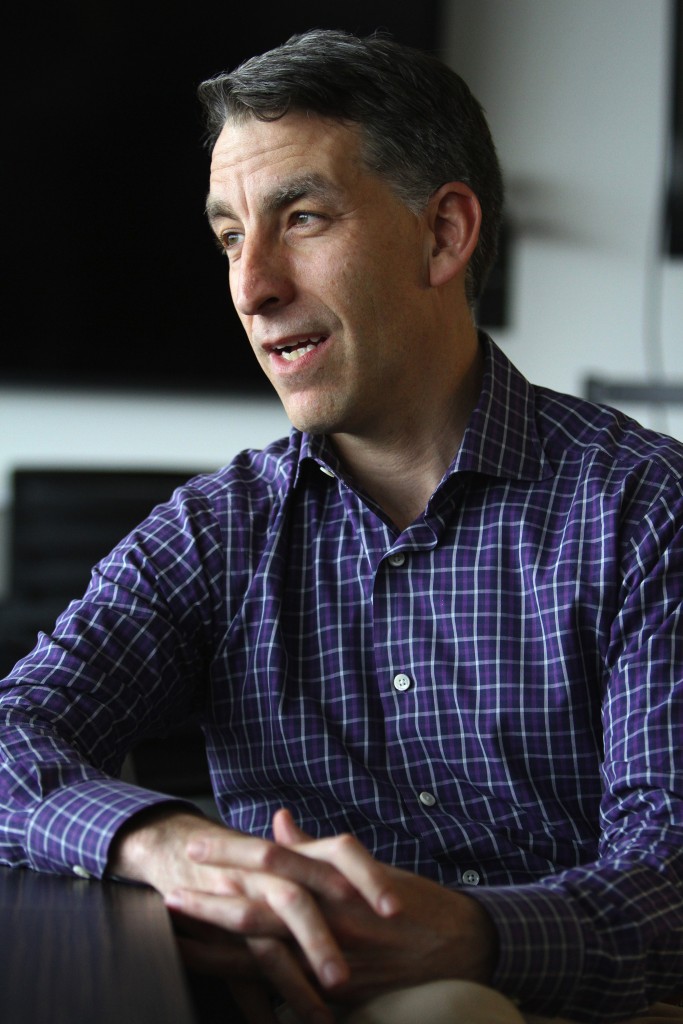 Redfin began a decade ago as a new kind of residential real-estate brokerage: It would use the internet to streamline home buying, slash the commissions paid by buyers and upend a staid industry that ran on personal connections and closely held information.

But while internet-based companies in many fields have dethroned old-school industry giants, Redfin after 10 years still has less than a 3 percent market share on its home turf.

And despite its revolutionary aspirations, Seattle-based Redfin has become a lot more like its rivals, while they have embraced web technology.

These days, said Waleed Muhanna, a business professor at Ohio State University who studies the internet’s effect on industries, “the same technology that allows Redfin to enhance the efficiency of the process is also available readily to traditional real-estate agents.”

As it has introduced more personalized service, Redfin has raised its prices and rebated less of its commission to buyers.

Redfin CEO Glenn Kelman disagrees, saying the brokerage offers consumers “a radically different way” to buy or sell a home. “What no one really understands about Redfin is the basic secret sauce of the business isn’t technology. It isn’t service. It’s this combination of the two.”

Privately held Redfin, which says its annual revenues are more than $100 million, employs more than 1,000 real-estate agents in 67 metros nationwide.

Industry watchers credit the company — and other early online real-estate ventures such as Zillow — with shifting power to consumers by giving them one-click access to data to which only agents once were privy.

“The consumer today shopping for a home knows more than the real-estate agent did 30 years ago about market dynamics,” said Galen Ward, CEO and co-founder of Seattle-based Estately, an internet brokerage launched in 2007.

More than 90 percent of homebuyers use the internet today when shopping, and half do it from a mobile device, according to a survey by the National Association of Realtors.

“I actually recommend my clients use Redfin,” said Ben Kakimoto, a broker and publisher of The Seattle Condo Blog. “Redfin has the best online home search there is.”

Yet the internet hasn’t killed demand for real-estate agents: 88 percent of buyers in NAR’s survey bought their home through an agent, up from 69 percent in 2001.

The real-estate industry, however, has proved more difficult to disrupt than some other businesses.

Plane tickets and stocks are standardized commodities that consumers purchase many times over a lifetime. But every home has unique quirks, and people buy one infrequently.

“This is one of the largest purchases a person makes in their lifetime,” Muhanna, the business professor, said. “For first-time buyers, they want a competent buyer agent, someone who can help them navigate the intricacy of the process.”

Another obstacle to revolutionizing the industry is that home sales usually involve two brokers — the buyer’s broker and the seller’s broker.

In its early radical days, Redfin tried to win market share by offering lower prices than competitors. Initially, it rebated to buyers about three-quarters of the customary 3 percent commission a buyer’s agent gets on a home sale.

Buyers would attend open houses and do their own research, then ask Redfin to write up the offer and close the deal.

After a year of industry backlash, Redfin backed off its aggressive buyer’s rebate. Its typical rebate in Seattle metro is now about one-third of the buyer’s agent commission.

The discount brokerage also has raised its charge for listing a home.

Redfin initially charged sellers a $2,000 flat fee, later doubling it. In 2010, it switched to a 4.5 percent commission instead — keeping 1.5 percent as the listing agent and giving 3 percent to the buyer’s agent. Though that’s less than the typical 5 to 6 percent commission traditional brokerages charge sellers, Redfin adopted the very fee structure it had once criticized.

“When it comes to discount brokerages, there’s a big pool of dead startups,” said Ward, Estately’s CEO. “It costs money to run a brokerage.”

Nevertheless, Redfin says its customers have saved more than $200 million in commissions.

And it’s still deeply discounting in select markets: In the District of Columbia area, Redfin’s site recently offered to list a home for a 1 percent commission.

In the Seattle area, Redfin stresses tours on demand and top-notch service in a commercial that has aired on and off since October. Its agents, says the ad, “aren’t paid on commission but on your happiness.”

But there’s another difference from traditional brokers the ad doesn’t highlight: Redfin buyers don’t necessarily work with the same person through the entire process. They’re assigned to a contract-writing agent, tour homes with multiple junior agents and work with a transaction coordinator to manage the paperwork and close the deal.

Kelman said the team approach is part of Redfin’s way of providing “real estate as an on-demand service for a last-second economy, where people want to get into houses right away.”

The division of labor, however, comes with much higher caseloads for Redfin’s agents than peers at traditional brokerages — a system that can lead to burnout and high attrition among its top-performing agents.

Traditional brokerages can support more boots on the ground, too, because their agents, working as independent contractors, don’t cost them much.

In the Seattle area, brokerage Windermere has about 2,260 agents; John L. Scott and Coldwell Banker, more than 1,100 agents each.

They compete against Redfin’s 220 agents.

While Redfin’s roots are on the buyer side, representing sellers is now the faster-growing part of its business. Last year, nearly 30 percent of the 1,775 Seattle-area home sales it helped broker were on the list-side, up from 18 percent in 2008.

Seattle-area resident Eden Riddell said she and her husband chose Redfin to list their home because of its customer service, its technology and the convenience of touring other homes within 90 minutes of a request.

The couple recently sold their home for $449,950, about 6 percent less than what Redfin listed it for in February. Riddell said she was fine with the price because they had another home under contract and needed a quick close.

“We’ve just gotten better and better at figuring out who’s really interested in your property,” he said. “You don’t need 10,000 buyers for your house. You need four or five, and it’s really nice to know there are six people who have looked at your property more than 20 times in the past 24 hours, especially if you’re about to consider a price drop.”

A virtual 3-D walk-through tour is standard with Redfin’s listing service and lets prospective buyers get 24/7 access to a home’s layout.

But all things being equal, technology features and lower prices may not be as compelling to real-estate consumers as an agent’s competence and trust, Muhanna said. For Redfin to grow, he said, its agents will need to prove themselves and generate referrals — just like anyone else in the industry.

“Until that happens, word-of-mouth is likely going to work in favor of existing players,” Muhanna said. “There are more of them and they’ve been in the game for a lot longer.”

At the end of the day, Redfin isn’t just about some cool tech venture, he said, but “doing the bare-knuckled work of hiring and training real-estate agents, hanging yard signs and showing properties.”

As if to underscore the transformation, he added, “What I’m proud of now is what I used to be self-conscious about, which is that we’re real-estate agents.”