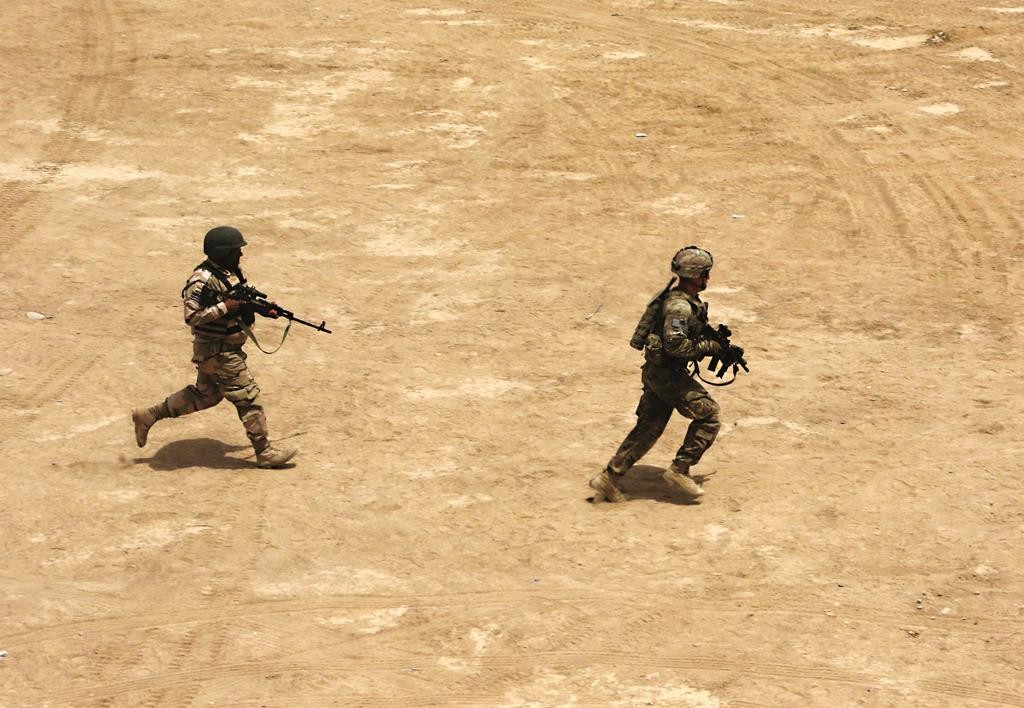 Pentagon leaders are trying to “fine tune” U.S. strategy for ousting the Islamic State group from Iraq, focusing on faster and better training and arming of Sunni tribes whose combat role is central to reversing the extremists’ advances, senior U.S. officials said Thursday.

Defense Secretary Ashton Carter, speaking to reporters while traveling to Asia, said he told senior military officers at the Pentagon this week to come up with ideas to improve training and equipping, particularly of the Sunni tribes who complain that the Shiite-dominated government in Baghdad is dragging its heels on helping them.

“I can’t describe to you what the possibilities are because folks are looking at them right now,” Carter said.

The scramble for answers comes after Islamic State forces, though outnumbered, captured the Anbar province capital of Ramadi as Iraqi forces fled on May 16. Although the White House says those Iraqi forces were not U.S.-trained, the defeat prompted Carter to make the startlingly frank public assessment last weekend that the Iraqis lacked “the will to fight.”

President Barack Obama on Tuesday said it was time for the U.S. to consider whether it was delivering military aid to Iraq efficiently.

A Pentagon spokesman, Col. Steve Warren, said later that the focus is on fine-tuning the strategy, not rewriting it.

The U.S. military strategy in Iraq is built on airstrikes to degrade the Islamic State forces while rebuilding Iraqi security forces to eventually regain the vast swaths of territory in the north and west that were lost over the past 18 months. The current focus is on retaking Ramadi and other parts of predominantly Sunni Anbar province.

The Obama administration insists it will assist the Sunnis only through the Shiite-dominated central government in Baghdad because it wants to foster a multi-sectarian government, rather than directly arm and organize the ethnic tribes for combat. It was unclear whether Carter might recommend scrapping the indirect approach or adjust it in some way in the days ahead, but the tenor of his remarks and comments by other officials suggested that dramatic changes were unlikely.