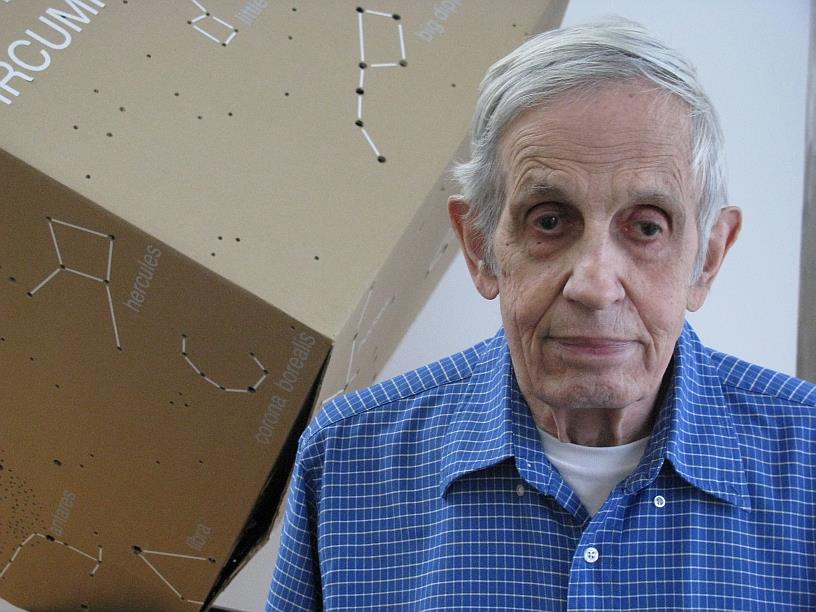 John F. Nash Jr., who revolutionized the mathematical field of game theory, was endowed with a mind that was highly original and deeply troubled. The Nobel Prize-winning mathematician died Saturday in a two-car accident on the New Jersey Turnpike. He was 86. His wife, Alicia, 82, also died.

The Nashes were in a taxicab near Monroe when their driver lost control of the vehicle. The Nashes lived in Princeton Junction, New Jersey.

In 1994, when Nash received the Nobel Prize in economic sciences, the award marked not only an intellectual triumph but also a personal one. More than four decades earlier, as a Princeton graduate student, he had produced a 27-page thesis on game theory — in essence, the applied mathematical study of decision-making in situations of conflict — that would become one of the most celebrated works in the field.

Before the academic world could fully recognize his achievement, Nash descended into a condition eventually diagnosed as schizophrenia. For the better part of 20 years, his once supremely rational mind was beset by delusions and hallucinations.

By the time Nash emerged from his disturbed state, his ideas had influenced economics, foreign affairs, politics, biology — virtually every sphere of life fueled by competition. But he had been absent from professional life for so long that some scholars assumed he was dead.

Modern game theory was first articulated by mathematician John von Neumann and economist Oskar Morgenstern in 1944. Its objective: to understand and ultimately predict the interactions between rivals in given circumstances.

Von Neumann and Morgenstern had assumed the existence of a “zero-sum” game such as checkers, in which one party’s loss was the adversary’s gain. Nash — who, ironically, was said to have struggled since childhood with social interactions — observed that few human rivalries function in so simple a fashion.

Nash equilibriums, which he described in the hieroglyphics of mathematical symbols, exist everywhere. Two magazines might charge the same price so that each may achieve maximum profit. Two rival nations might agree to arms treaties that limit each of their stockpiles but guarantee both countries a measure of security.

Nash was described as having insights before he could hammer out the proofs of their accuracy, the thoughts coming to him more like revelations than like scholarly findings. As early as 1958, Fortune magazine ranked him among the greatest mathematicians of the era.

His mental illness came on when he was about 30, during what might have been one of the richest periods of his career. Nash was working at the Massachusetts Institute of Technology and was studying quantum theory.

As his condition worsened, Nash suffered delusions, hallucinations and impressions of being hunted. Men wearing red ties, he came to believe, were part of a “crypto-Communist Party.” He thought that The New York Times was publishing messages from extraterrestrials and that he could understand them. He gave a student an intergalactic driver’s license. At one point, he declined a prestigious appointment to the University of Chicago because he believed that he was in line to become emperor of Antarctica. At another point, he concluded that he was a “messianic figure of great but secret importance” and searched numerals — once the object of his brilliance — for hidden messages.

“I felt like I might get a Divine revelation by seeing a certain number; a great coincidence could be interpreted as a message from heaven,” Nash said years later in a PBS documentary “A Brilliant Madness.”

He considered himself at various times a Japanese shogun, the biblical figure Iyov and a Palestinian refugee, among other identities.

During one of his stays in mental institutions, a former colleague came for a visit. “How could you, a mathematician devoted to reason and logical proof … believe that extraterrestrials are sending you messages?” he asked.

“Because,” Nash replied, “the ideas about supernatural beings came to me the same way that my mathematical ideas did. So I took them seriously.”

In time, and against all odds, he appeared to overcome the illness that had afflicted him for so long. He insisted that he “willed” his recovery.

“I decided I was going to think rationally,” Nash told an interviewer.