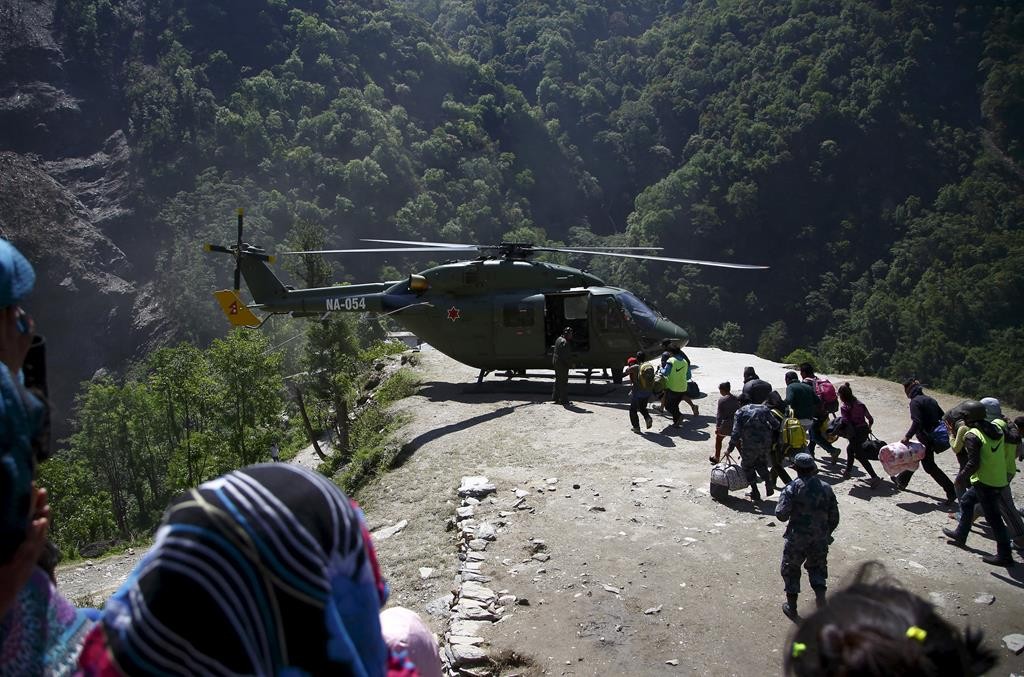 Three people were pulled alive from the rubble of their home eight days after Nepal’s devastating earthquake, as a supply logjam threatened to hamper disaster relief efforts bolstered by the arrival of U.S. aircraft and troops.

The small-scale rescue, announced on Sunday by a home ministry official, brought fresh hope to a badly-hit district northeast of the capital Kathmandu, but about 50 bodies were also discovered on a northern trekking route obliterated by an avalanche that the April 25 quake triggered.

That increased the death toll to 7,059, and the figure was likely to rise further as an entire village was carried away by the same avalanche and scores more people — both locals and foreign trekkers — were missing, officials said.

U.S. military aircraft and personnel were due to begin helping ferry relief supplies to stricken areas outside the capital, a U.S. Marines spokeswoman said, after arriving in Nepal on Sunday, a day later than expected.

The U.S. military contingent comprised eight aircraft, including one Huey and two C-130s, and between 100 and 120 personnel, Marines spokeswoman Captain Cassandra Gesecki said.

The Huey was expected to leave on an assessment mission early on Monday, and it was up to the U.S. Agency for International Development (USAID) when the other aircraft would be deployed.

“They’re the ones telling us what to take and where,” she said.

U.S. Marine Corps Brigadier General Paul Kennedy warned about the supply bottlenecks, saying: “What you don’t want to do is build up a mountain of supplies” that block space for planes or more aid.

On Sunday, the government restricted the landing of large cargo aircraft at the airport to limit damage to the stressed runway, said a U.N. official who declined to be named.

With many Nepalis sleeping in the open since the quake, afraid of returning to their homes because of powerful aftershocks, the government lifted import taxes on tarpaulins and tents on Friday.

According to the United Nations, 600,000 houses have been destroyed or damaged, and tents have been pitched in Kathmandu’s main sports stadium and on its golf course.

The United Nations said 8 million of Nepal’s 28 million people were affected, with at least 2 million needing tents, water, food and medicines over the next three months.