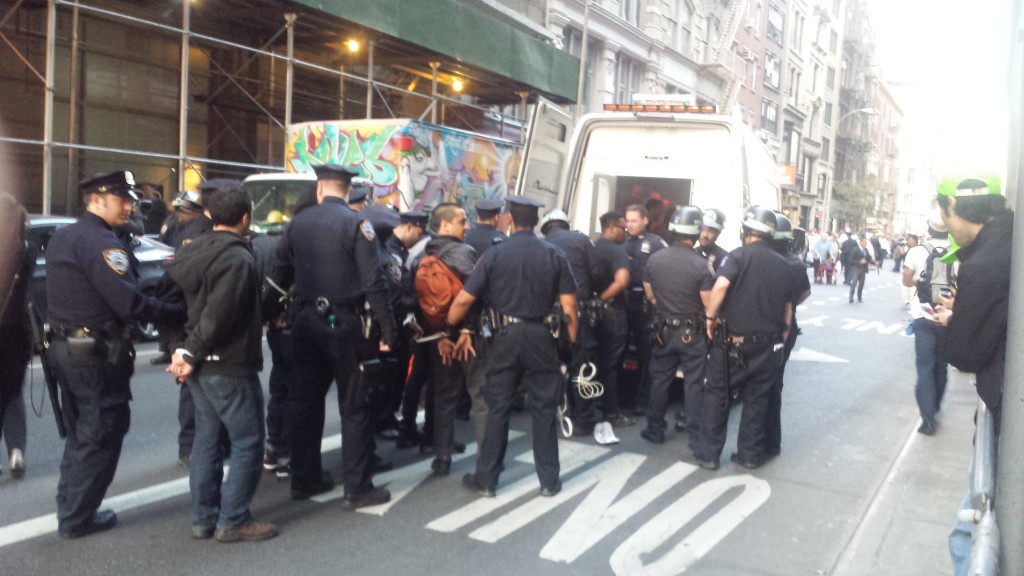 More than a dozen protesters were arrested Wednesday night during a rally at Union Square in Manhattan to protest the death of Freddie Gray, a black Baltimore man who was critically injured in police custody.

Several hundred protesters chanted “no justice, no peace” and “hands up, don’t shoot” as dozens of police officers watched. A police helicopter hovered overhead and a police loudspeaker warned the protesters that they would be arrested if they marched in the street. Police with batons had to push the crowd back onto the sidewalk. One of the protesters said “the police have become out of control.”