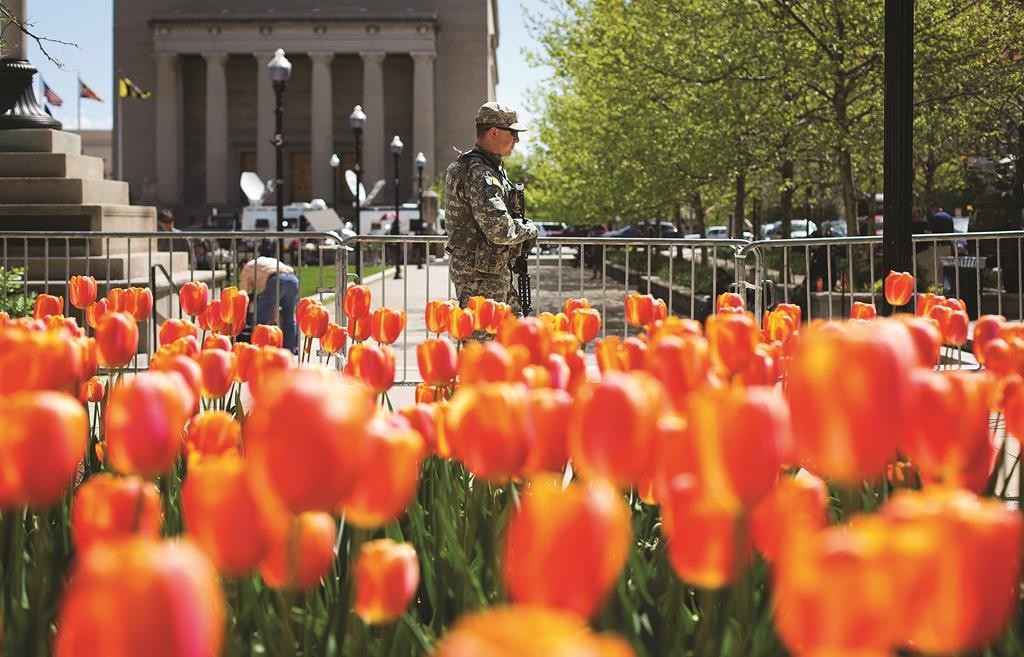 Cars rolled through the streets, students returned to class and a symphony played on a sidewalk Wednesday, offering the city a slice of normalcy as it recovers from the rioting and looting earlier this week.

A few dozen protesters gathered peacefully outside the office of Baltimore’s top prosecutor, calling for swift justice in the case of Freddie Gray, a black man who suffered critical injuries while in police custody. And students planned to march to City Hall to protest.

Authorities were going to carefully monitor the rally after teenagers started the violence Monday afternoon, throwing bricks and bottles at officers who had gathered near a major bus transfer point. The situation escalated from there, overwhelming police as protesters set fire to cars and buildings and raided stores.

Schools closed Tuesday because of the mayhem, but reopened Wednesday after the city’s first night of a curfew went off without the widespread violence many had feared.

Mayor Stephanie Rawlings-Blake talked to fourth- and eighth-graders at New Song Center in West Baltimore, not far from where Gray was arrested.

About 3,000 police and National Guardsmen descended on the city to help keep order, and life wasn’t likely to get completely back to normal anytime soon: The curfew was set to go back into effect at 10 p.m.

And in what was one of the weirdest spectacles in sports history, Wednesday afternoon’s Baltimore Orioles game at Camden Yards was closed to the public for safety reasons.