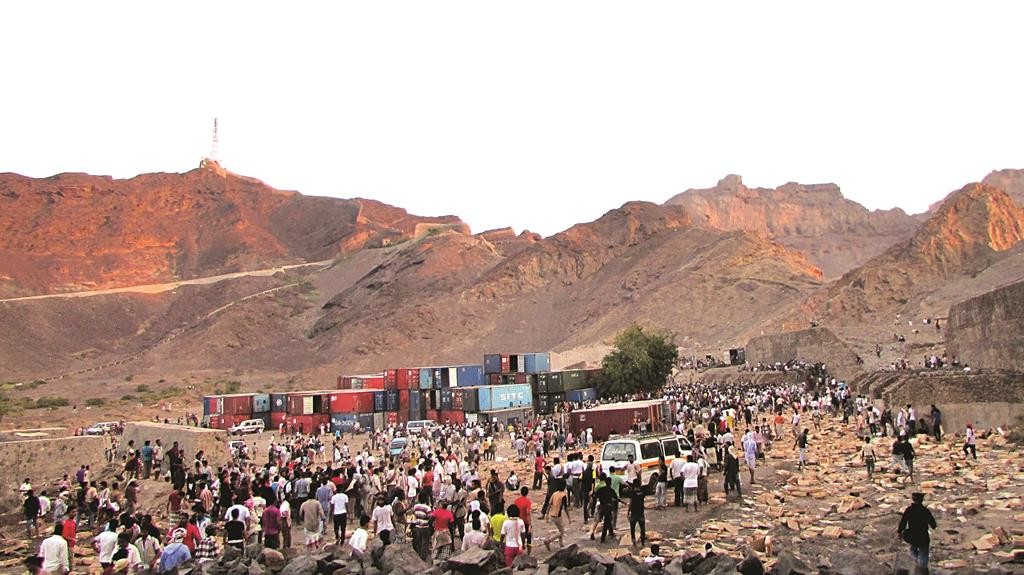 A two-day Arab summit ended Sunday with a vow to defeat Iranian-backed Shiite rebels in Yemen and the formal unveiling of plans to form a joint Arab intervention force, setting the stage for a potentially dangerous clash between U.S.-allied Arab states and Tehran over influence in the region.

Arab leaders taking turns to address the gathering spoke repeatedly of the threat posed to the region’s Arab identity by what they called moves by “foreign” or “outside parties” to stoke sectarian, ethnic or religious rivalries in Arab states — all thinly-veiled references to Iran, which has in recent years consolidated its hold in Iraq, Syria, Lebanon and now Yemen.

The summit’s final communique made similarly vague references, but the Arab League chief, Nabil Elaraby, was unequivocal during a news conference later, singling out Iran for what he said was its intervention “in many nations.”

A summit resolution said the newly unveiled joint Arab defense force would be deployed at the request of any Arab nation facing a national security threat and that it would also be used to combat terrorist groups.

The agreement came as U.S. and other Western diplomats were pushing to meet a Tuesday deadline to reach a deal with Iran that would restrict its nuclear program in exchange for the lifting of economic sanctions.

The Houthis swept down from their northern strongholds last year and captured Yemen’s capital, Sana’a, in September. Embattled Yemeni President Abed Rabbo Mansour Hadi, a close U.S. ally against a powerful local al-Qaida affiliate, first fled to the southern city of Aden before fleeing the country last week as the rebels closed in.

Speaking at the summit on Saturday, Hadi accused Iran of being behind the Houthi offensive, raising the specter of a regional conflict. Iran and the Houthis deny that Tehran arms the rebel movement, though both acknowledge the Islamic Republic is providing humanitarian and other aid.

A Saudi-led coalition began bombing Yemen on Thursday, saying it was targeting the Houthis and their allies

. Yemeni military officials have said the campaign could pave the way for a possible ground invasion, a development that Egyptian military officials say would likely commence after the airstrikes significantly diminish the military capabilities of the Houthis and their allies.