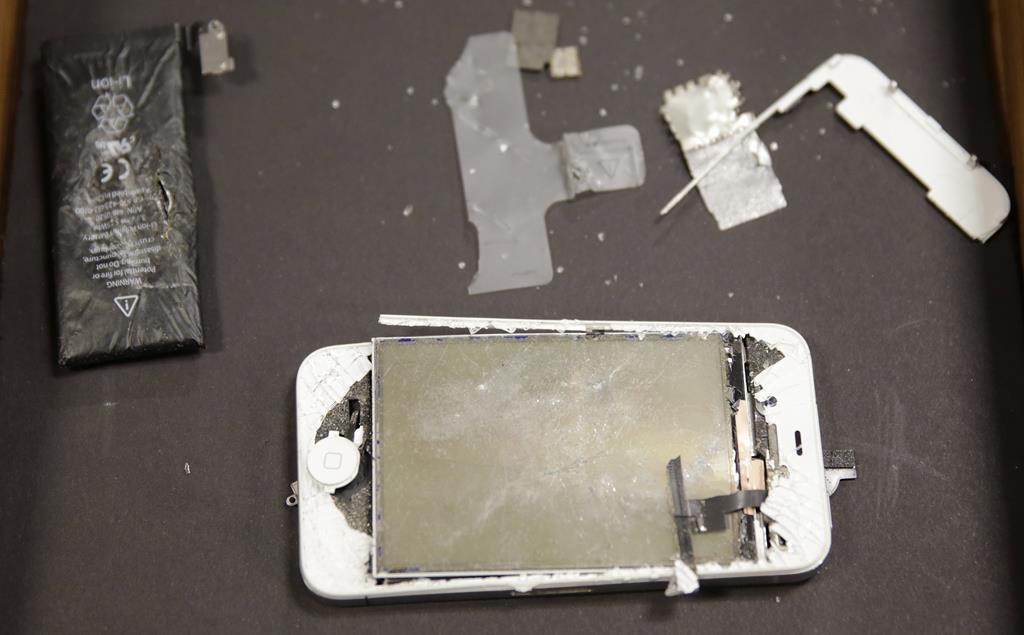 The Boston Marathon bombing trial jury on Thursday saw the remains of a pressure-cooker bomb that prosecutors say Dzhokhar Tsarnaev hurled at police during a gunfight four days after the bombing as well as jihadist files recovered from his laptop.

The bomb, described as similar to the twin bombs set off at the race, was extracted from a Honda Civic in which it embedded itself on a Watertown, Massachusetts street after Dzhokhar Tsarnaev and his older brother, Tamerlan, detonated it during the gunfight.

The pressure cooker was the same type as was used in the bombs that killed three people and injured 264 on April 15, 2013, said Federal Bureau of Investigation Special Agent Brian Corcoran, though the pieces found in Watertown were more intact than those discovered at the race’s finish line.

Dzhokhar Tsarnaev, 21, could be sentenced to death if he is convicted of charges that include carrying out the bombing and shooting dead a university police officer three days later as he and Tamerlan, 26, tried to flee Boston.

Another FBI agent testified that investigators recovered several apparently jihadist documents on Dzhokhar Tsarnaev’s laptop, including at least three copies of al-Qaida’s “Inspire” magazine, one featuring a cover story headlined “Make a Bomb in the Kitchen of Your Mom,” and another brochure-type document titled “Jihad and the Effects of Intention Upon It.”

Tsarnaev’s lawyers opened the trial early this month by bluntly admitting he carried out the bombing and shooting. Their goal is to convince the jury that the plot was driven by Tamerlan, with Dzhokhar a junior partner in the scheme. Proving that could persuade the jury to sentence the younger brother to life in prison without possibility of parole, rather than death.