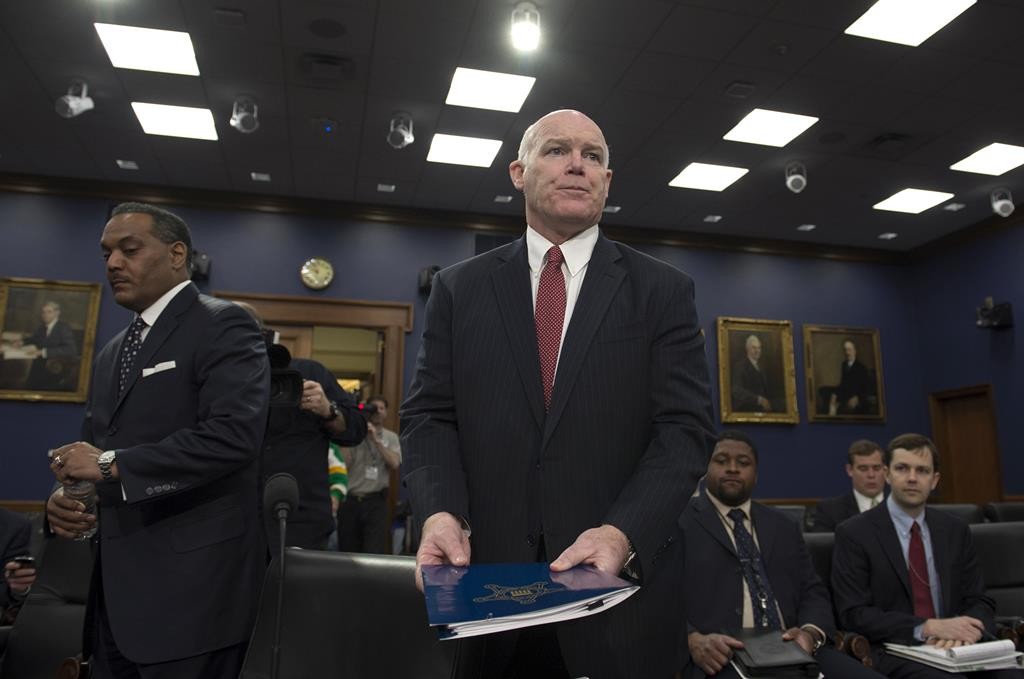 The new head of the Secret Service admitted to Congress Tuesday that he didn’t learn until days later that two senior agents were supposedly drunk when they drove into a barrier at the White House — and only then from an anonymous email.

Joseph Clancy has only been the permanent director since mid-February and was making his first official appearance on Capitol Hill when he became the third consecutive Secret Service director to try to explain to lawmakers an embarrassing alcohol-related incident involving his agency.

Responding to angry members of a House Appropriations subcommittee, Clancy said he was frustrated that it took five days for him to learn about the March 4 incident, when two agents were accused of being drunk when they drove a government vehicle into a barrier at the White House complex.

“I think part of this … goes to a culture of trust,” Clancy said. “Do you have the trust in your leadership that you can bring this to leadership’s attention? And I’ve got to work to earn that trust, and I’m going to do that through my actions.”

He said changing the agency’s culture will take time.

Lawmakers objected to his response, saying it should have already been clear to agency employees that such behavior wouldn’t be tolerated.

“You can’t run an agency like this, for G-d’s sake,” said Rep. Hal Rogers, head of the House Appropriations Committee.

“Before you even know the facts, you can say, based on the allegations, if, in fact, you are not aware that this kind of activity is inappropriate for a member of the Secret Service, you better get it now and go find another job,” Lowey said.

Clancy agreed with much of the criticism, but said he had to wait for a Homeland Security Department inspector general’s investigation to be completed before he could take action beyond reassigning the two agents to non-supervisory desk jobs outside the White House.

“I don’t have the authority to dismiss them on the spot,” Clancy said, adding that he wanted to ensure due process for the agents. “I cannot terminate people this afternoon.”

Homeland Security Inspector General John Roth said Tuesday that his office had launched its investigation, which he promised would be “thorough and independent.”

The incident was initially described in press reports as two agents crashing a government vehicle into a security barrier. Clancy testified that video of the incident that he has seen shows the agents’ vehicle “nudge” a large construction barrier as they drove through a secure area. He said while he has not spoken to the agents involved or those who were working that night, he has “seen nothing to indicate this incident as described occurred.”

Still, he told lawmakers, “I should have been informed.”

And that delay, he said, suggests there is still a lot of work to be done to change the agency’s culture, including the use of alcohol.

“I will say that there is an element within our agency  that does cope with the stresses [of the job] by using alcohol. There’s no question we have that element,” Clancy said, adding that many others use exercise or other options to reduce work stress.

Culture problems within the Secret Service have been highlighted in recent years as agents and officers have been caught up in a series of embarrassing drunken incidents.

An outside panel of four former senior government officials concluded that the agency was insular and “starving for leadership.” They recommended hiring a director from outside the Secret Service, but President Barack Obama tapped Clancy, who was the head of his protective detail before retiring several years ago.

“The president absolutely believes that Director Clancy is the right person for this job,” Earnest said.