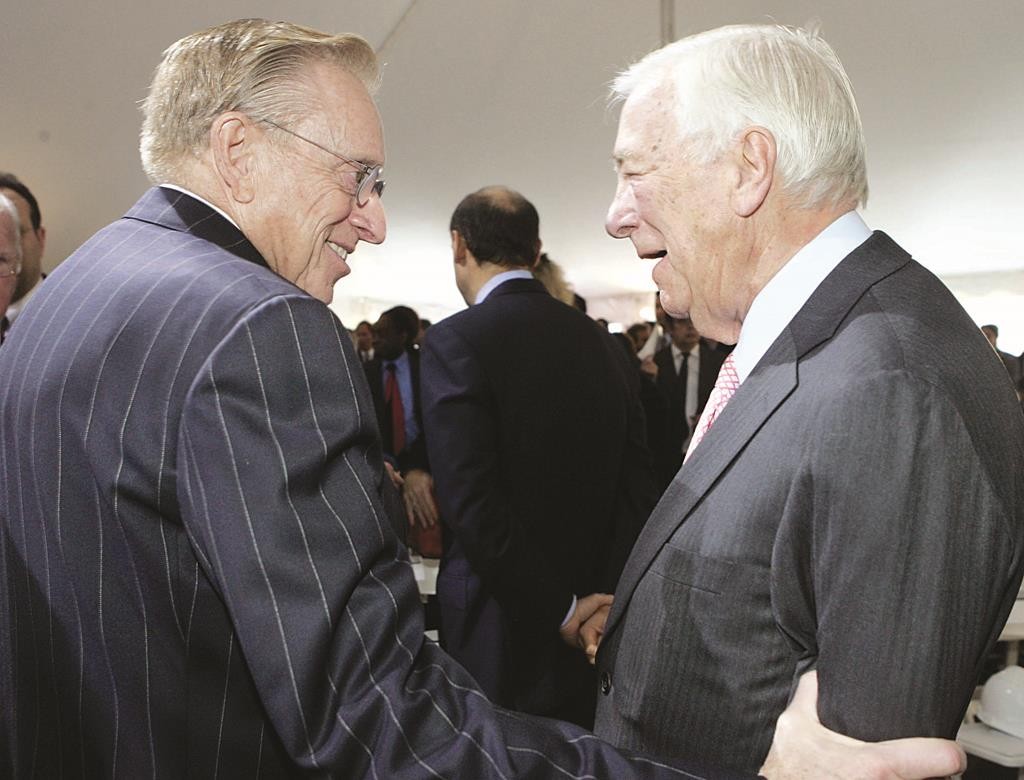 John C. Whitehead, a Wall Street banker who led Goldman, Sachs & Co.’s international expansion in the 1970s and ‘80s and later was founding chairman of the National Sept. 11 Memorial & Museum, died Saturday. He was 92.

Whitehead joined Goldman Sachs in 1947 and worked his way to senior partner and co-chairman before leaving 38 years later to become deputy secretary of state under President Ronald Reagan.

In later years, he was chairman of the Lower Manhattan Development Corp., which helped lead the area’s rebuilding after the Sept. 11, 2001, attacks. He was acknowledged for overcoming obstacles to help ensure the 9/11 memorial and museum reached fundraising goals, finished with an acceptable design and got built.

“In the wake of 9/11, amidst devastation and loss, our great city and nation needed a true leader to help guide the recovery and revitalization of lower Manhattan,” the museum said in a news release. “We were blessed to have John take on that charge.”

The post-Sept. 11 roles came after numerous other achievements for the Evanston, Ill., native who grew up in New Jersey, including his service to his country: He was among those storming the beaches of Normandy during World War II, and participated in the invasions of Southern France, Iwo Jima and Okinawa.