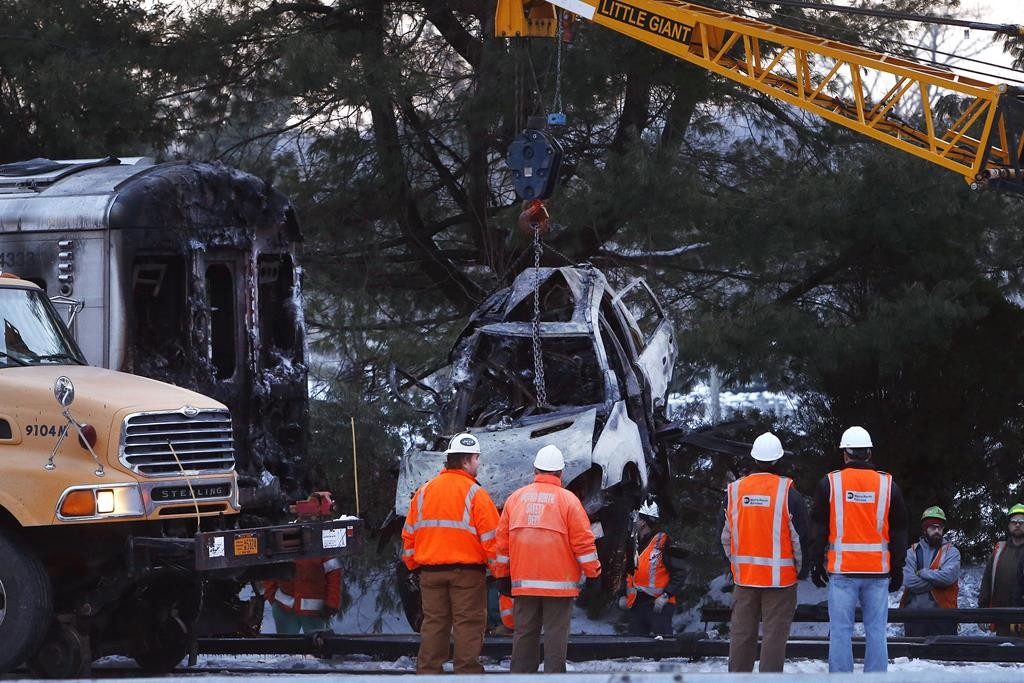 Ellen Brody, a”h, was driving home from her jewelry-store job, inching her SUV through suburban traffic toward a railroad crossing, when she became the center of a commuter-train crash that killed her and five rail riders.

As investigators strove to understand how her car ended up boxed between crossing gates as the train bore down on Tuesday; so did those who knew her as an outgoing, thoughtful mother who was mindful of safety.

She was not “somebody who was careless — not risky when it came to her safety or others,’” said Paul Feiner, a longtime friend and the town supervisor in Greenburgh.

Brody, 49, got out to check her vehicle after a guardrail came down on top of it, and then got back in her car and drove forward onto the tracks just before the moment of impact. The vehicle and the train exploded in flames, killing five passengers.

“She was such a good person, such an amazing mom, a friend like you wouldn’t believe,” co-worker Virginia Shasha said. “I have to tell you — whoever she encountered in life … they always left smiling.”

Devoted to her three daughters in their teens and 20s, Brody was also a member involved in almost everything at Chabad of the Rivertowns, Rabbi Benjy Silverman said.

Brody’s levayah will take place on Friday at 10:00 a.m., at the Chabad center of the Rivertowns.

The five train passengers who were killed were identified on Wednesday.

Bankok-born Robert Dirks, 36, of Chappaqua, N.Y. was “a brilliant scientist who made tremendous contributions to our own research, and to the broader scientific community,” according to his employer, D. E. Shaw Research.

The company said he worked in the “development of novel computational chemistry methods.” But his father said that Dirks, the father of two young children, had an easier way to describe his complex job. “He used to say — ‘Dad, just say I’m a scientist; then they can understand.’”

Walter Liedtke was a 35-year veteran curator at the Metropolitan Museum of Art, giving millions of visitors a window on legends. He organized dozens of major exhibitions that featured the works of Rembrandt, Vermeer and other renowned artists, and wrote dozens of articles and books on paintings.

“He will long be remembered for his vast knowledge, his wit and a passion for art that inspired all who came in contact with him,” the museum said.

Joseph Nadol, a JPMorgan Chase & Co. executive, was a managing director and analyst who covered the aerospace and defense industries.

Aditya Tomar of Danbury, Conn., worked in asset management at JPMorgan. He was born in India, and was married with no children.

Eric Vandercar, 53, spent his career in finance, working for Morgan Stanley for 27 years before moving to Mesirow Financial last March, where he was a senior managing director.

“Eric was not only a pillar in our industry, he was a great partner and friend to many,” Mesirow said.