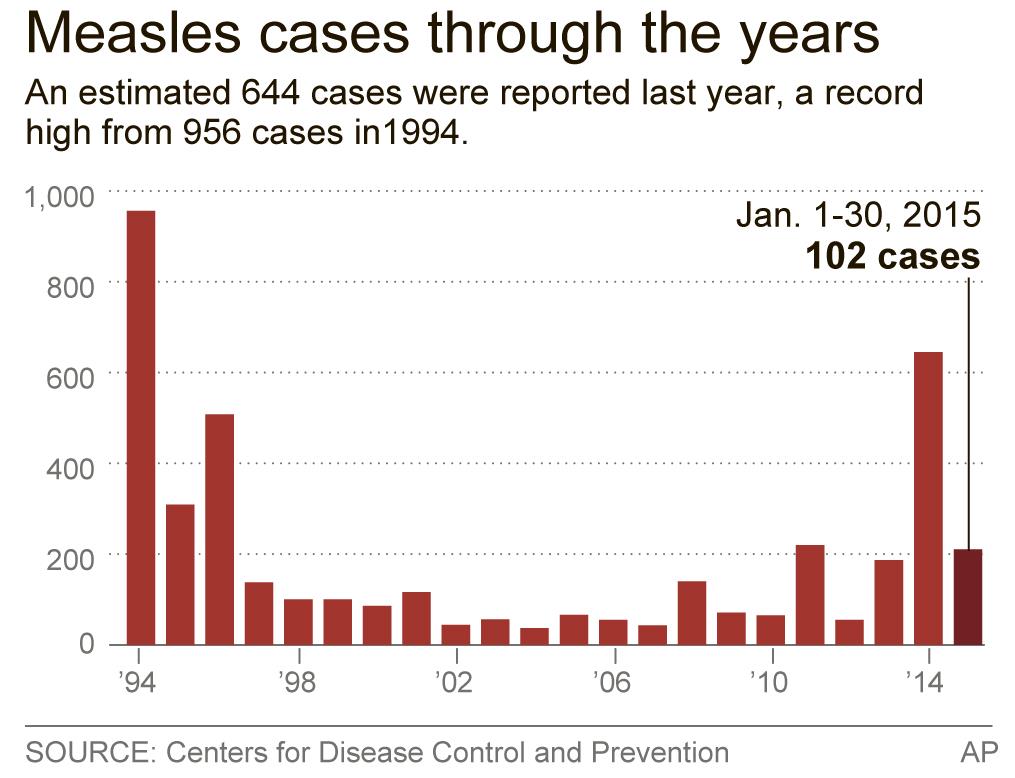 For a pair of first-time presidential hopefuls, the sudden injection of the childhood vaccine debate into the 2016 campaign is a lesson in how unexpected issues can become stumbling blocks. Long-held positions can look different under the glare of the national spotlight.

New Jersey Gov. Chris Christie and Kentucky Sen. Rand Paul, both weighing bids for the GOP presidential nomination, struggled this week to articulate their views on the emotionally charged vaccination controversy. Christie, in the midst of a three-day trip to the United Kingdom, canceled plans to speak to reporters Tuesday after his comments a day earlier caused a stir.

While the vaccination debate has long stoked passions, the matter has taken on new resonance amid a frightening measles outbreak that has sickened more than 100 people across the U.S. and in Mexico. The outbreak revived the discussion about parents who choose not to vaccinate their children, some out of fear that vaccines can lead to autism and developmental disorders.

It’s unclear whether the vaccine issue will have a long shelf-life in a White House campaign that is only just beginning. But the ways prospective candidates handle unanticipated issues can help determine whether those subjects blow over or become nagging distractions that contenders can’t shake.

“Every day you want to go out with a message to voters, and every day there are a dozen trapdoors you don’t want to fall into,” said Robert Gibbs, a top adviser for both of Barack Obama’s presidential campaigns. “If you look at Chris Christie and Rand Paul, they fell into the trapdoors yesterday.”