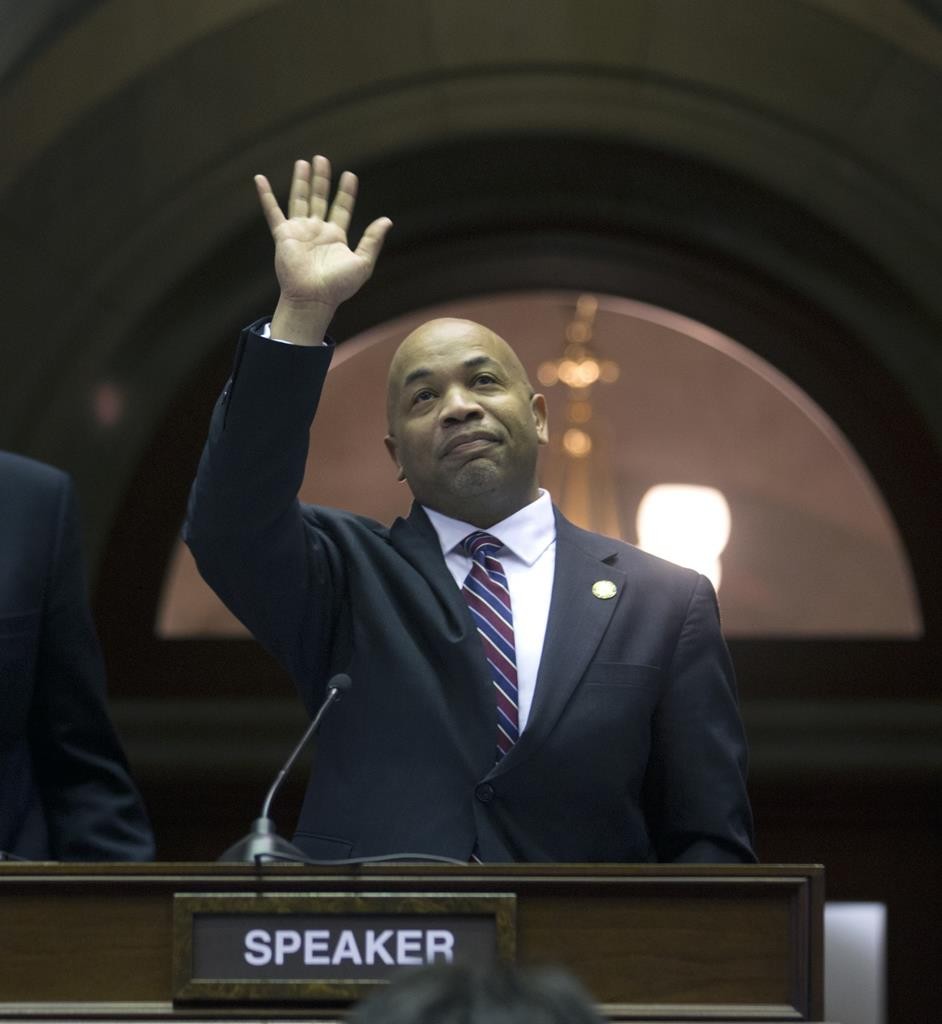 Democrats hold a commanding majority in the chamber, and Heastie easily won the post over Republican Leader Brian Kolb. As a protest over the secret way Heastie won, two lawmakers cast their vote for Preet Bharara, the U.S. attorney whose office is prosecuting Silver.

After the vote, Heastie repeated his promise to make ethics overhaul a priority.

“We will change the cynicism into trust,” he said. “Our state deserves a government as good as its people.”

Heastie noted that the Assembly was, coincidentally, scheduled to take up a resolution honoring Martin Luther King Jr. “Thank you, Dr. King, for making this day possible,” he said.

As one of the “three men in a room,” the speaker is one of the most important positions in state government. Heastie will direct the flow of legislation, set committee assignments and direct budget negotiations with Gov. Andrew Cuomo and the Republican-controlled state Senate.

Four other lawmakers initially sought the speakership but quickly backed out as Heastie locked up support. One of them, Assembly Majority Leader Joseph Morelle, said Heastie “is one of the most honorable people I’ve met” in Albany.

The 47-year-old Heastie was first elected in 2000 and has chaired the Labor Committee for the past two years. He is a former budget analyst in the New York City Comptroller’s Office. He also leads the Bronx Democratic Committee, a post he has said he will leave now that he is speaker.

On Monday, Heastie outlined his reform proposals, calling for a new Office of Ethics and Compliance led by a non-legislator, new limits on how much outside income lawmakers can earn, and greater reporting of outside income and legislative stipends.

Heastie is the latest in a long line of speakers from New York City — a tradition that many city leaders had insisted must be continued. As Mayor Bill de Blasio said in a statement hailing Heastie’s election, “New York City needs a strong voice in Albany.”