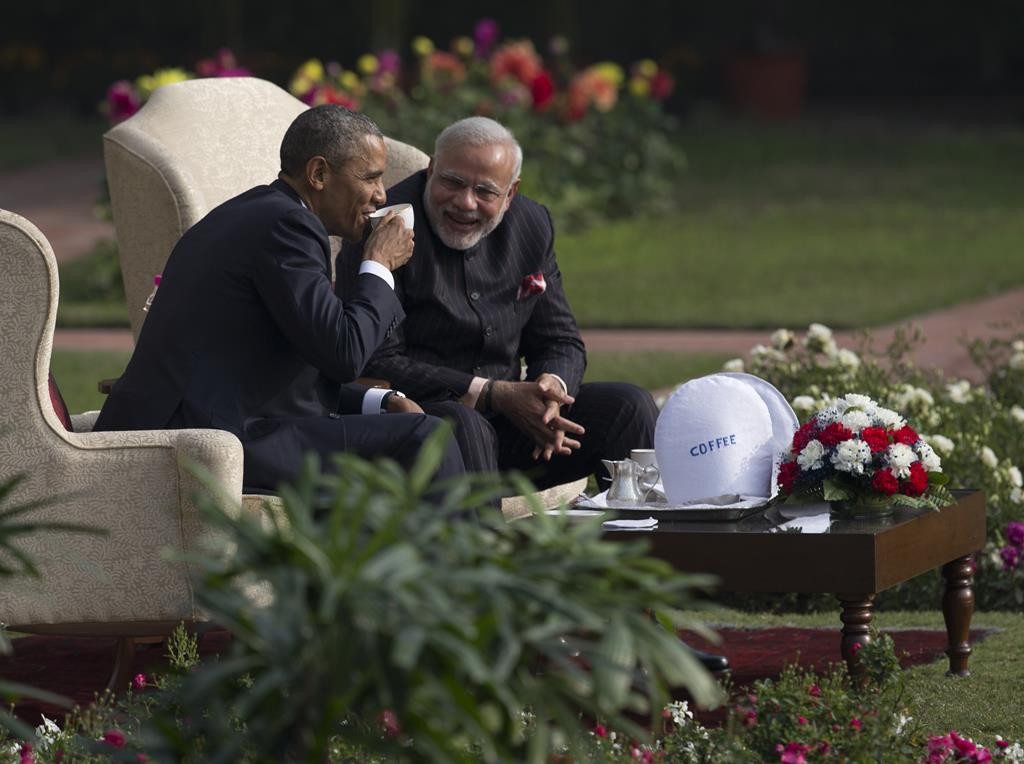 President Barack Obama and Indian Prime Minister Narendra Modi on Sunday declared an era of “new trust” in the often fraught relationship between their nations as the U.S. leader opened a three-day visit to New Delhi.

Standing side by side at the stately Hyderabad House, Obama and Modi cited progress toward putting in place a landmark civil nuclear agreement, as well as advances on climate change and defense ties.

Modi was as effusive. He called Obama by his first name and said “the chemistry that has brought Barack and me closer has also brought Washington and Delhi closer.”

Obama was to be the chief guest Monday at the annual Republic Day festivities, which mark the anniversary of India’s democratic constitution coming into force.

Obama’s presence would have been unlikely only a few years ago.

Relations between the U.S. and India hit a low in 2013 after an Indian diplomat was arrested and strip-searched in New York over allegations that she lied on visa forms to bring her maid to the U.S. while paying the woman a pittance. The official’s treatment caused outrage in New Delhi, and India retaliated against U.S. diplomats.

The U.S. and India also were at an impasse over implementing the civil nuclear agreement signed in 2008. The U.S. insisted on tracking fissile material it supplied to India. Also, Washington was frustrated by Indian legal liability provisions that have discouraged U.S. companies from capitalizing on new energy development in India. On Sunday, Obama said he and Modi had reached a “breakthrough understanding” on those areas of disagreements. Details on an accord were sparse.

Taking some of the luster off the trip, Obama does plan to cut his trip slightly short. Following a speech Tuesday morning, he will travel to Saudi Arabia to pay respect to the royal family following the death of King Abdullah.