Regional With Jewish Rep., Congress Gets First Mezuzah Since 2010
Regional 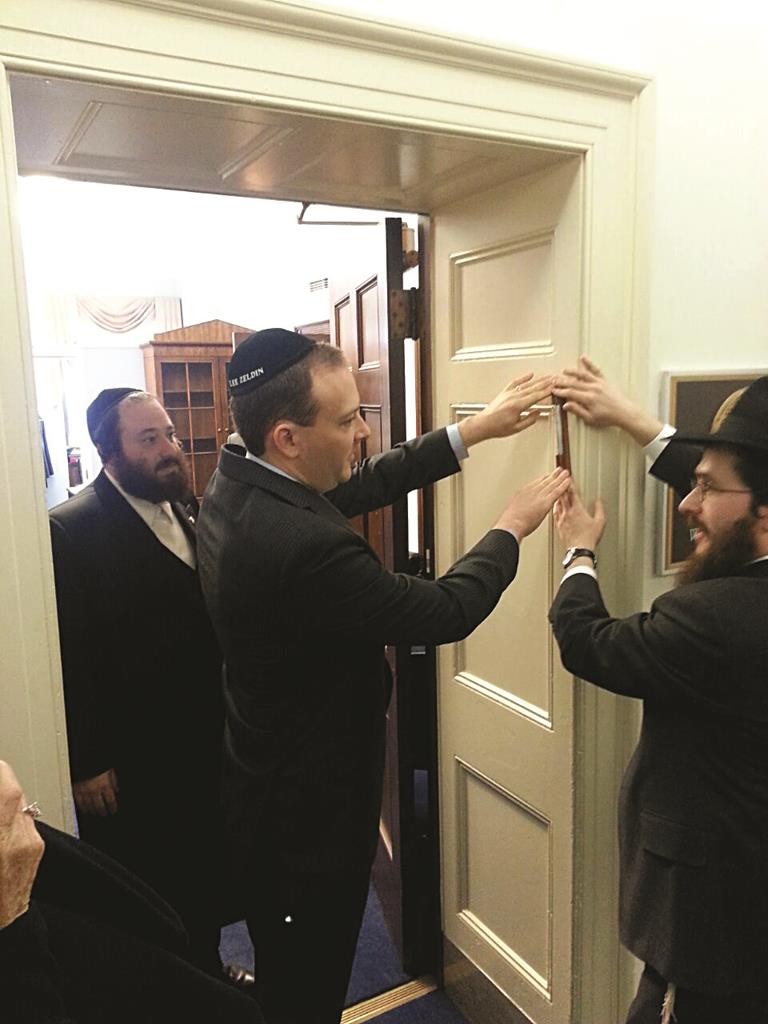 Lee Zeldin may be the only Jewish Republican in Congress among dozens of Jewish Democrats — but he’s been the only one to install a mezuzah on his office.

Hours after he was sworn in to office Tuesday, the Long Island Republican knocked a mezuzah onto his main office door, putting the religious symbol up in Congress for the first time since 2010. That was when Sen. Joe Lieberman (D-Conn.), an observant Jew, retired from office.

The former state senator and military veteran is the  only Jewish Republican in the House since Majority Leader Eric Cantor (R-Va.) stepped down last year.