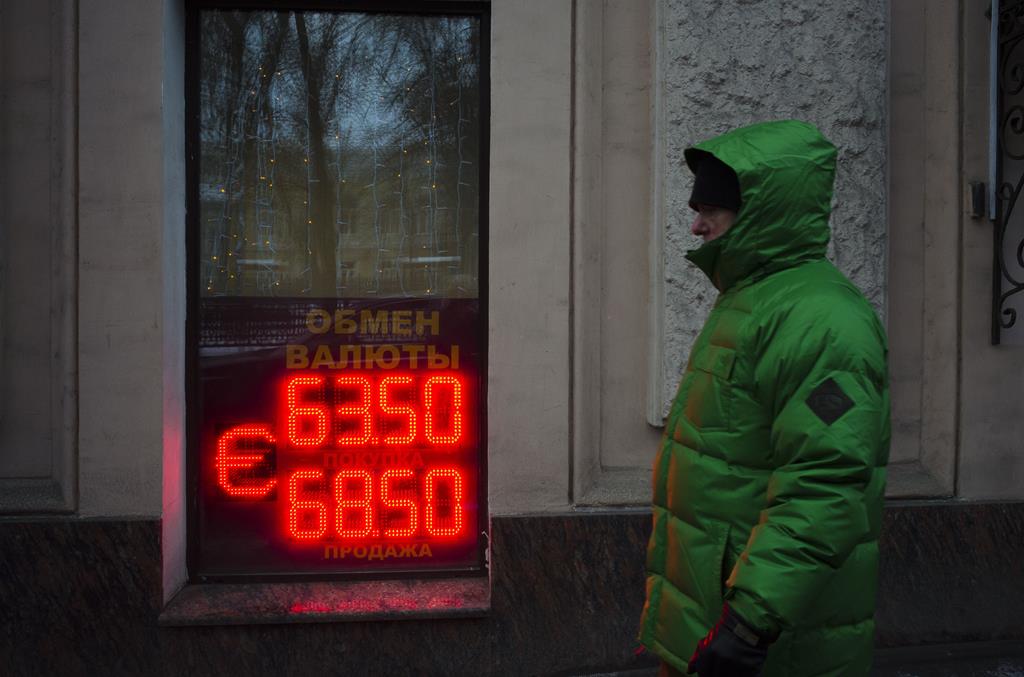 Russia said on Thursday its currency crisis was over even though its forex reserves have plunged and annual inflation has climbed above 10 percent, adding to the problems facing the government as it fights its worst economic crisis since 1998.

The ruble plunged to all-time lows last week on heavy falls in the price of oil, the backbone of the Russian economy, and Western sanctions over the Ukraine crisis that made it near impossible for Russian firms to borrow on Western markets.

But it has since rebounded sharply after authorities took steps to halt its slide and bring down inflation, which after years of stability threatens President Vladimir Putin’s reputation for ensuring the country’s prosperity.

Those measures included a hike in interest rates to 17 percent from 10.5 percent, curbs on grain exports and informal capital controls.

“The key rate was raised in order to stabilize the situation on the currency market. … That period has already, in our opinion, passed. The rouble is now strengthening,” Finance Minister Anton Siluanov told the upper house of parliament on Thursday.

He added that interest rates would be lowered if the situation remained stable.

Standard & Poor’s credit ratings agency said this week it could downgrade Russia to junk as soon as January due to a rapid deterioration in “monetary flexibility”.

Keen to avert a downgrade, Russia said it had started talks with ratings agencies to explain the government’s actions. Siluanov said the budget deficit next year would be “significantly more” than the 0.6 percent of gross domestic product originally planned.

The ruble slumped to 80 per dollar in mid-December from an average of 30-35 in the first half of 2014. It has strengthened in the last few days to trade as strong as 52 per dollar on Thursday, in part thanks to government pressure on exporters to sell hard currency.

Russians have tracked the exchange rate closely since the collapse of the Soviet Union, when hyper-inflation wiped out their savings over several years in the early 1990s. The central bank had to spend heavily in recent months to prop the currency.

Last week, Russia’s gold and foreign currency reserves dropped by as much as $15.7 billion to below $400 billion for the first time since August 2009 and down from over $510 billion at the start of the year.

Analysts said around $5 billion were spent on propping up the ruble, while around $7 billion was due to foreign currency loaned to banks as part of repo operations, meaning the money will be returned to the regulator at a later stage.

Russia imports large amounts of food, high-tech equipment and cars. As the ruble weakens it has to pay more for its imports, which pushes up inflation at home and in turn encourages people to protect their earnings by buying dollars, thereby adding to the pressure on the rouble.

Putin’s economic aide Andrei Belousov said on Thursday that annual inflation was at 10.4 percent and could reach around 11 percent by the end of the month, surpassing the psychologically key 10 percent mark for the first time since the 2008/09 global financial crisis.

Prices for some goods, such as beef and fish, have risen 40 to 50 percent in recent months after Russia slapped an import ban on certain Western food products in retaliation for European Union and U.S. sanctions over Ukraine.

Bank officials say they saw a spike in withdrawals from ruble deposits in mid-December as Russians rushed to convert their savings into hard currencies.

But he added that the bank had seen depositors returning in large numbers after most lenders ramped up their deposit rates, some offering as much as 20 percent in annual interest.